Transfer expert Ian McGarry has claimed that Chelsea striker Tammy Abraham has put contract talks on hold, until he gets a clarity on his situation from manager Frank Lampard.

Abraham, a product of the Chelsea youth academy, has had to wait for long to break into the first-team. As per iSports football API, after several loan spells away at Bristol City, Swansea City and Aston Villa, the Englishman got his big break in 2019/20.

And he grasped it with both hands, establishing himself as the club’s lead striker in the first half of the season. However, injuries and dip in form since the turn of the year have seen Abraham lose his starting spot to Olivier Giroud.

With the Frenchman signing a new one-year contract and Chelsea also recruiting Timo Werner from RB Leipzig, Abraham now finds himself questioning his standing at the club. And, as a result, he has put contract talks on hold, claims McGarry.

Although Abraham activated an extra year on his current five-year deal owing to appearances and goals scored recently, this is certainly an interesting development, as per iSports API football data.

Given Giroud’s current form, he deserves to be in the starting XI. And when Werner arrives, he is going to assume the first-choice role. So, how Lampard handes the Abraham situation remains to be seen. 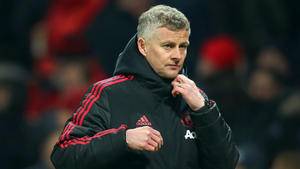