FC Barcelona are offering Philippe Coutinho in a swap deal for Matteo Guendouzi, with both club hierarchies seemingly keen on the idea.

French outlet Foot Mercato claim Barcelona are discussing a swap deal with Arsenal between Philippe Coutinho and Matteo Guendouzi. The two clubs are talking about the deal ‘in a concrete way’, according to the report from iSports football API.

Coutinho is keen on a return to England, whilst Guendouzi is an outcast in Mikel Arteta’s Arsenal side. A mixture of off-field behavioural problems, the on-field incident with Neal Maupay and his inability to make amends leave him out of the squad completely. Edu Gaspar is reportedly a big fan of Coutinho, and Arsenal established contact with his advisers over a move many months ago. Meanwhile, the Barcelona hierarchy are long-term admirers of Guendouzi, so it seems like a decent match.

Guendouzi himself is still unsure of his next step, and he’s prioritising the ‘sporting project’ of any potential new club.

Some Arsenal fans have already shown hesitance to the deal as well. The idea of losing a young talent for a player entering his prime may have short-term benefits, but it could also look like bad business a few years down the line.

According to iSports football API, Coutinho scored nine goals and assisted eight in 34 games this season. That’s certainly a big upgrade on any current Arsenal midfielder’s output. We know he can produce those kinds of numbers in the Premier League too.

For now, it’s just a rumour. Most of the recent reports lean more towards a loan move for Coutinho, if Arsenal even hold an interest at all. But it’s an interesting one to consider. 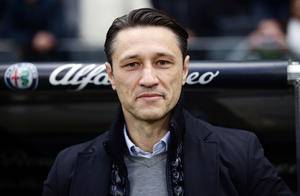