'Gimme, Gimme, Gimme a ginger from Sweden, number 21 his name is Kulusevski!' Of course Tottenham fans have adopted the Abba classic for Dejan Kulusevski. There was perhaps more furore surrounding the capture of Rodrigo Bentancur, who, like Kulusevski, joined Spurs from Juventus in January given the north London side's need for a progressive central midfielder, but it's the latter who has perhaps eclipsed the former in just a few weeks in the capital.

Spurs didn't necessarily need another attacking player in January with Antonio Conte blessed with ample options in the final third, with a central midfielder the priority in the winter window. In addition, Conte was looking to land Adama Traore to feature at right wing-back, only for the Spaniard to reject Spurs in favour of a return to Barcelona. That said, when a player of Kulusevski's calibre and potential comes on the market, it's impossible to reject the chance to swell the attacking ranks.

Three successive sub appearances suggested that Conte would bed Kulusevski in slowly, yet the Sweden international has started Spurs' last three league matches, playing key roles in wins over Manchester City and Leeds, his showing in the latter outing enough to make the most recent Premier League team of the week. Despite joining on deadline day, Kulusevski already looks at home alongside Harry Kane and Son Heung-Min in Spurs' attack, and while some may feel a 3-5-2 offers greater defensive protection, there is no way Conte his dropping his new-favoured attacking trio anytime soon.

What is perhaps crucial is that Spurs at long last have another attacking player to share the goalscoring burden. Despite spending 2020/21 on loan, making 20 league appearances in that time, Gareth Bale, with 11 goals, is Spurs' third top scorer since the start of last season. Only three players have reached double figures for goals in that period and it's taken Kulusevski 334 minutes of game time to become the club's eighth highest league scorer since the start of 2020/21.

It's a leaderboard that Lucas Moura (5) ranks fourth in, and while the Brazilian brings his own set of qualities to Spurs, notably his hard work off the ball, Moura's lack of goals is a concern. When Spurs signed the 29-year-old from PSG in January 2018, there was genuine cause for excitement in north London. They lacked another out-and-out winger at the time, so his arrival added another dimension to the Spurs attack.

Yet Moura has never truly won over the Spurs faithful, though his hat-trick in the Champions League semi-final at Ajax does at least mean he'll foeever hold a special place in their hearts. Granted, he goes through purple patches of form, but for a player in his position to have scored just 19 goals in 120 league appearances is fairly pitiful. In just five appearances, Kulusevski has scored 10.5% of Moura's league total in his Spurs career and some are perhaps of the impression that the former is everything the latter had hoped when he did join from PSG.

Admittedly, this is a small sample size and it could well be that Kulusevski goes on a barren run to even things up, but the 21-year-old has made a promising start in the capital. Even in terms of work rate, there is little to differentiate between the two. Kulusevski (1.3) edges Moura (1.2) on tackles per 90, whereas the latter (0.8) is making marginally more interceptions per 90 than the former (0.5).

Perhaps Kulusevski can learn a thing or two from Moura in terms of not going in all guns blazing, with the January arrival (1.6) making more fouls per 90 than his Brazilian teammate (1.1), yet there is some evidence to suggest that Kulusevski can add the determination of Moura, and crucially bring a more potent goal threat to the side. No wonder, then, that Conte talked up Kulusevski's potential ability to play at right wing-back.

Additionally, what does stand Kulusevski in higher stead than Moura is that the new arrival is left footed. On the frontline where Conte perhaps favours inverted attackers in support of Kane, with the right footed Son playing on the left of the striker, there is a greater balance to the attack with the Swede preferring to come off the right flank onto his left foot, his goal against Leeds and assist for Kane's winner at Manchester City two cases in point.

With Moura stronger on his right foot, defenders are able to force him down the right and narrow the angle on goal, which isn't the case for Kulusevski. What's more, a willingness to cut infield present the wing-backs in Conte's side with more space to get down their respective flank and put the ball into the box, so Kulusevski is, arguably, bringing more to Spurs' game than Moura.

That said, it's early days for Kulusevski and Spurs. Having joined on an initial 18-month loan, supporters are hopeful he can justify a potential €45m fee to make his move permanent, a figure that includes the loan fee the Premier League outfit paid to secure his services from Juventus. Yet Spurs now have a player who is similar to Son on the opposite flank and that will undoubtedly play a key role in the crunch weeks ahead as Conte seeks to guide his side back to the Champions League. 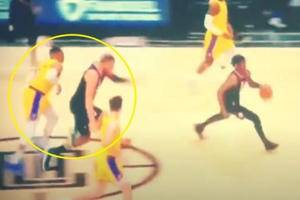 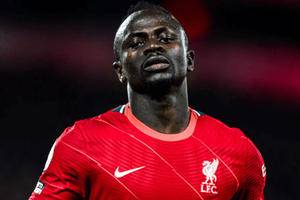 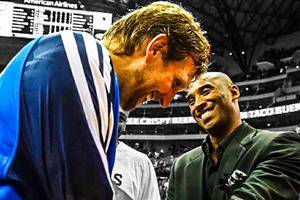