Who are the best transfers for the upcoming double gameweek?

4-time top 1k and 5-time top 5k finisher Abdul Rehman uses stats, fixtures and the eye test to find the best Fantasy Premier League players with the potential to pick up big points and help shoot you up the rankings.

Fixture: Brighton (A) and Arsenal (A)

Andrew Robertson continues to enjoy a second half of the season surge. He is not too far behind teammate Trent Alexander-Arnold now for attacking returns picking up one goal and nine assists in the Premier League this season. Of the 10 goals he has directly contributed to, nine have come from the end of November onwards where he clearly picked up the pace.

During this time he has registered the most assists (8) of all Premier League players and has the second highest xA among defenders (4.12). Liverpool also have a decent set of fixtures for their double header this week as they face Brighton and Arsenal. Therefore going for both Liverpool full-backs could well be a viable strategy as both play in a solid backline and also provide plenty of attacking threat.

Fixtures: Manchester United (A) and Brighton (A)

Son Heung-Min has been a great asset again this season. He has a total of 11 goals and five assists, and has only blanked three times in his last 12 games. He has an xG of 9.0 and an xA of 6.4, that first for Tottenham, and has clearly been one of the best attackers in the game.

Spurs have a double gameweek against Manchester United and Brighton, both away from home. They look a tough pair of games on paper, but from an attacking viewpoint, they aren’t too bad.

Furthermore, the North London club have scored 40 goals (6th) with an xG of 42.95 (5th) and have clearly improved in the second half of the season under Antonio Conte. This is a good double for Son, who has been their best player this season with the most goals and assists. He is also nailed on to start, and being on set-pieces; he is always going to be in with a good chance of attacking returns.

Alexandre Lacazette has three goals and seven assists in 20 league appearances this season. He has had 29 shots in the box with an xG of 5.74 and has also created 26 chances with an xA of 3.28. With the departure of Pierre-Emmerick Aubameyang, he is now first choice forward for Arsenal and suddenly looks a more attractive option.

The Gunners have two home games in their double gameweek as they welcome Leicester and Liverpool to the Emirates.

Their first fixture against the Foxes is, of course, the more favourable one, especially from an attacking viewpoint. It’s another game in which there is potential for plenty of goals. Leicester have conceded 43 goals (15th) with an xGC of 39.8 (15th). They have been really poor at the back and have been plagued with defensive injuries throughout the season.

Their second fixture against high-flying Liverpool is going to be much tougher and one might see this fixture as a bonus for Lacazette. With Arsenal being home they may well nick a goal and possibly pull off a result.

The North London side have been good going forward also scoring 41 goals (6th) with an xG of 39.27 (7th), and having both fixtures at home is a big advantage.

Lacazette is a proven FPL asset, particuarly as he is now the number one penalty taker at the club, while Arsenal also have a great run of fixtures between now and the end of the season. 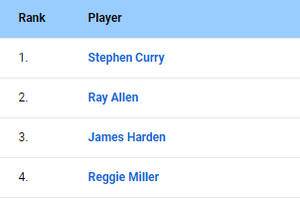 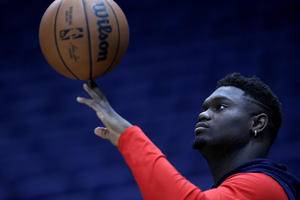