"I still am so angry with him. So angry." Manchester City boss Pep Guardiola didn't mince his words when talking about Kyle Walker in the build up to the 0-0 draw with Sporting CP last week. The right-back was dismissed in City's final Champions League group stage game, a 2-1 loss to RB Leipzig. With eight minutes to play, Walker lashed out at Andre Silva and received his marching orders his troubles. Guardiola's side were already assured of top spot in Group A.

The 31-year-old was hit with a three-match Champions League ban, which City appealed, a decision that didn't sit well with Guardiola. "He deserved the three-game ban. When a player does a stupid thing, he deserves [punishment]." Even though sanctioned by UEFA, Walker was still reprimaned by Guardiola.

Since that red card against the Bundesliga side, Walker has started just seven of 18 competitive games for the defending champions. It's unlikely he would have featured in last week's Manchester Derby had Ruben Dias been fit, with centre-back-by-trade John Stones operating at right-back a handful of times in both league and Champions League action.

"Kyle is so important for us – you saw the game he played against Man Utd," Guardiola did go on to add, but even so; when you find yourself on the wrong side of the Spaniard, it can be difficult to work your way back into his good books. Even as important as Walker has been for City during Guardiola's spell at the club, there comes a time when a team needs to move on - Could now be the beginning of the end for the defender at the Etihad Stadium?

The issue for City at present is that they have few senior options at right-back. Yes, Joao Cancelo can play here, but has been a revelation on the opposite side of the defence for the best part of 18 months. That would present Oleksandr Zinchenko with the chance to really consolidate a starting spot at left-back were the aim to be for Cancelo to play right-back a little further down the line.

Yet even so, that would leave just two senior full-backs in the squad, and while Stones and Nathan Ake can deputise at right and left-back, respectively, a team of City's calibre needs quality strength in depth. So might City use the summer to bring in their long-term successor for Walker?

He turns 32 at the end of May and he has two years left to run on his current deal at the Etihad Stadium. What's key, too, is that City won 10 of 11 games he didn't start during his exile from the XI, conceding four times in the process, three of which came in a topsy-turvy 6-3 win over Leicester. When Walker does not feature, City do lose an attacking outlet down the right flank, but in turn; with Stones providing additional defensive cover, the defending champions effectively operate with a three-man backline when they are in possession. This then affords Cancelo greater license to support the attack, something he does impressively as evidenced by his WhoScored rating of 7.45.

There was perhaps a look to the future when CJ Egan-Riley played the full 90 at right-back against Sporting CP and the 19-year-old impressed on his Champions League debut, returning a WhoScored rating of 6.98. City do have a talented youth academy, and the emergence of the teenager, who didn't look unfazed last week, swells Guardiola's options at full-back. Of course it is too early to make a judgement on Egan-Riley, yet his performance, coupled with Stones' showings at right-back in the absence of Walker, hints that this year could well be the one where the league leaders look to move on from the England star.

That's not necessarily because Walker is over the hill, even if he is enduring his worst rated Premier League season (6.76) of his career, but because Guardiola is aware that it will be time to replace the England international before too long. If they wish to make a return on the £45m they paid Tottenham for Walker in 2017, then this summer is perhaps the final chance to do so.

The red card against RB Leipzig gives Guardiola as good excuse as any to begin phazing Walker out of the team for good, however, and given their form with the former Spurs man out of the side, that backs up any potential decision to pursue other options. In isolation, it was a red card that was silly, yet one that maybe other managers less demanding than Guardiola would have tolerated, yet in the grand scheme of things; that dismissal may well cost him his future in Manchester. 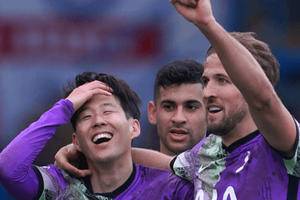 Who are the best transfers for the upcoming double gameweek? 4-time top 1k and 5-time top 5k finisher Abdul Rehman uses stats, fixtures and the eye test to find the best Fantasy Premier League players with the potential to pick up big points and help shoot you up the rankings. Andrew Robertson (7. 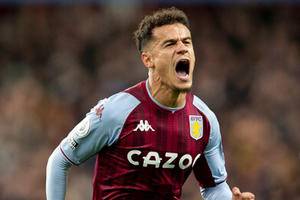