The first legs of matches to determine Africa's qualifiers for 2022 World Cup have been played with some of the outcomes setting interesting precedence for the second leg tie.

The Road to Qatar 2022 is almost nearing its end with the first round of play-off matches concluding on Friday night across four different match venues. While there is still all to play for, the likes of Egypt, Algeria and Tunisia will be particularly excited with their day's work, gaining the advantage going into the next leg of the tie.

The Pharaohs were paired with Senegal in what was a repeat of this year's Africa Cup of Nations final but were able to handle the Lions of Teranga this time around. The cause of the North Africans was helped by a fourth-minute own-goal by Senegal's Saliou Ciss who handed the hosts a 1-0 win in the first leg of their World Cup play-off in Cairo.

The 32-year-old defender was unlucky to have deflected into his own net Edouard Mendy's save of Mohamed Salah's shot which has bounced off the bar. The advantage is now with the North Africans who will feature in the second leg on Tuesday.

Elsewhere, Algeria bounced back from the disappointment at the 2022 Africa Cup of Nations and secured an important 1-0 win over Cameroon. The Foxes outwitted the hosts of the recent edition of the AFCON, courtesy Islam Slimani's 40th-minute header. The result handed Cameroon their first-ever defeat in Douala in 22 years, with Algeria also winning on Cameroon soil to make light of their failure in the continental championship held a few months ago.

Fellow North Africans Tunisia also added to their bid to feature at the mundial in Qatar later this year, defeating a 10-man Malian side away from home. The Carthage Eagles were inspired to the 1-0 win thanks to an own-goal by Moussa Sissako inside the 36th minute, with the game subsequently failing to produce any more goals despite the host dominating.

Earlier, Morocco and Democratic Republic of Congo had featured in a stalemate. The latter, who were playing at home, finished proceedings with just 10 men after Ngonda Bokadi got himself sent off. However, they were spared any black lash that would have emerged, with Tarik Tissoudali canceling out Yoane Wissa's first half strike. In retrospect, Morocco should have won the game had Ryan Mmaee not missed a spot-kick inside the 55th minute.

Unlike any of the first four aforementioned fixtures, the clash between fierce rivals Ghana and Nigeria was the only one that failed to produce any goals. The two sides featured in a disappointing 0-0 draw inside the Kumasi Sports Stadium in Ghana, with many highlights emerging.

The Super Eagles had the best chances of the night's encounter but could not convert any and also had a penalty claim being overlooked after VAR spotted an infringement in the build-up to Baba Iddrisu handling the ball with his arm.

The second legs of all the play-off matches stated above are scheduled for Tuesday, March 30, 2022. 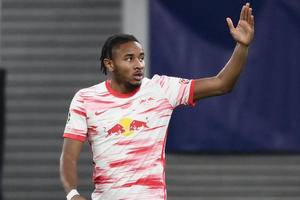 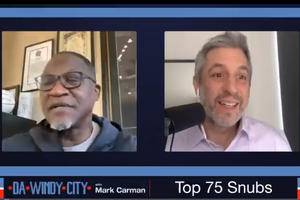 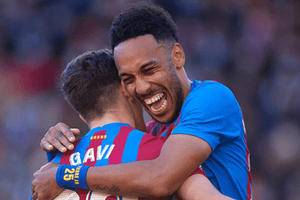