Erik Ten Hag's Ajax collapsed despite going ahead against PSV in the Dutch Cup final.

The Dutch champions lost out to rivals PSV today despite going ahead in the match, with the Manchester United linked ten Hag missing out on the club's first chance of silverware of the season. The match was an eventful one with three goals being ruled out throughout.

Ajax went ahead in the 23rd minute as Bayern Munich and Manchester United target Ryan Gravenberch played a neat one-two with former Everton midfielder Davy Klaassen and then curled a shot past PSV goalkeeper Yvon Mvogo from outside the box after PSV had an early goal ruled out by VAR in the 10th minute of the match. Ajax then thought they had doubled their lead in the 44th minute through another Bayern Munich target, Noussair Mazraoui, but the full back's goal was ruled out by VAR after he was marginally offside.

After the break, PSV came out all guns blazing with Mexico international Erick Gutierrez equalising with a diving header in the 48th minute, flying in at the back post unmarked to head in from a free-kick that was put on a plate by Ibrahim Sangare. The prospective Manchester United manager couldn't believe what hit him when seconds after the restart Cody Gakpo thundered home PSV's second.

The young dutch international claimed a misplaced pass and drove the ball from close to the halfway line, past two players on the edge of the box and placed the ball past veteran goalkeeper Martin Stekelenburg from just outside the penalty area. The win is the first time PSV have won the Dutch Cup in ten years and stops ten Hag from winning his third in three years.

The fairly inexperienced manager has been heavily linked to Manchester United as the end of Ralph Ragnick's reign draws in although this loss won't sit comfortably for the successful Ajax boss. Ajax still sit four points ahead of PSV in the Eredivisie as the former FC Twente defender looks to bring a positive end to his managerial stint at Ajax after rumours were shared earlier this week that the Dutchman has already accepted an offer at the Red Devils.

The Dutchman is now the odds-on favourite to replace Ralf Rangnick at the end of the season having pulled ahead of PSG boss Mauricio Pochettino in the race for the Old Trafford hot seat, with reports suggesting a deal has already been struck. 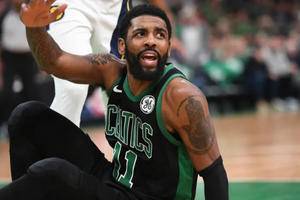 Kyrie Irving and his Brooklyn Nets are ready to visit the Boston Celtics to start arguably the most interesting series of the first round of the 2022 NBA playoffs. Both these teams caught fire late in the season, but their prior results made them finish in different positions. After winning the firs

Swapping one major league for another in January is never easy, but there are those who have adjusted to new surroundings without any real teething issues. Luis Diaz looks a seasoned pro in a Liverpool shirt rather than one who left Porto for Merseyside at the start of the year. The Colombian has sl