Ryan Lowe wants his Preston North End side to be fighting to reach the play-offs at least next season after watching Fulham win promotion to the Premier League.

North End travelled to Craven Cottage last night to takes on a Cottagers side which needed to pick up three points to confirm their place back in the top flight.

And Marco Silva's side did just that with a 3-0 victory over Lowe's men, with an Aleksandar Mitrovic brace sandwiched by Fabio Carvalho's goal in the first half to ensure that Fulham will be back in the Premier League next season.

North End sit 15th in the Championship on 58 points, a total of eight from the top six and 28 behind the Cottagers who are at the summit of the division.

Lowe has vowed to want to be fighting for the play-offs as a minimum next season and though the squad will change with comings and goings over the summer, he believes the current crop of PNE stars need to be better coached in a bid to get to that next level.

"Utimately we were outclassed in the first half," he said. "I didn't want it to be 5/6/7 and they've done that to teams because they're the best team in the league by far.

"I was on the touchline and every pass was crisp, punched, in front and the movement was fantastic. But they've got the best players so it's expected. They were really good in stages, dropping into pockets and causing us loads of problems.

"Credit where it's due, they're probably the best team we've faced this season and that's why they are going to be champions.

"I want to be doing something like this next season - not saying we are going to win the league but I want to be fighting for promotion and the play-offs. We've got to try and do something similar in the future.

"I've told you the squad will look different but we've got to coach these players to be better. It's not about next season it's about what we've got now." 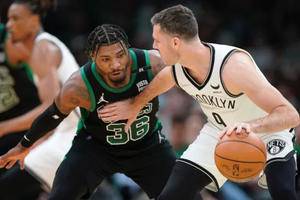 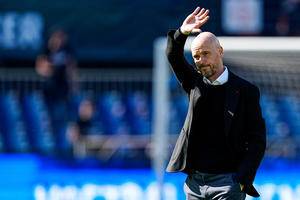 Kyrie Irving and his Brooklyn Nets are ready to visit the Boston Celtics to start arguably the most interesting series of the first round of the 2022 NBA playoffs. Both these teams caught fire late in the season, but their prior results made them finish in different positions. After winning the firs