January deadline day was a busy one for Tottenham as in came Dejan Kulusevski and Rodrigo Bentancur from Juventus, while Tanguy Ndombele, Giovani Lo Celso, Dele Alli and Bryan Gil left for Lyon, Villarreal, Everton and Valencia, respectively. Hotspur Way sported quite the revolving door on January 31st as Spurs trimmed the fat on a squad that was certainly flattering to deceive.

Now edging towards the business end of the campaign, we take a look at how the big name January deadline departures are faring in their new - or in Ndombele's case, familiar - surroundings.

Fans were understandably fawning over Tanguy Ndombele when he elected to join Tottenham for a club-record fee in 2019. The central midfielder had been key for Lyon in his final season in France and many believed he was the long-term successor for Mousa Dembele in the middle of the park.

Yet, a total of five managers failed in their attempts to tap into Ndombele's immense talent and, on deadline day, he returned to Lyon on loan for the remainder of the campaign with an option to make the move permanent for a reported £54m in the summer. Whether Lyon elect to do so, it very much remains to be seen.

He started his second spell with OL well enough, coming off the bench to impress at Monaco despite a 2-0 loss before turning out a superb performance in a 2-0 win over Nice, but since then, the France international has gone off the boil. Ndombele was hauled off at the break in Lyon's 3-0 home defeat to West Ham in the Europa League last week, though injury didn't aid his cause in that loss as he then missed the 6-1 mauling of Bordeaux.

Has Ndombele done enough to warrant a big money return to France though? Well... on the whole probably not. Two league assists is more than he managed with Spurs in the first half of the season, while a return of 2.9 tackles per game is more than any other current Lyon player, yet the French side are yet to see Ndombele show off the form that shot him to prominence in the first place.

He's expected to return to Spurs in the summer, however it's likely he has already played his final game for the club unless he can convince Antonio Conte otherwise, though there is perhaps more chance of a statue honouring Sol Campbell going up at the Tottenham Hotspur Stadium than Ndombele winning over the Italian.

There is quite the contingent of ex-Spurs men at El Madrigal. Serge Aurier, Juan Foyth and Etienne Capoue were joined by Giovani Lo Celso in January as the Argentine returned to Spain having struggled in England. Like Ndombele, Lo Celso moved to Spurs in 2019, initially joining from Real Betis on loan before the move was made permanent in January 2020 on the same day Christian Eriksen's move to Inter was announced.

Injuries undoubtedly dented Lo Celso's chances of consolidating a spot in the Tottenham XI, yet even when handed the opportunity to secure his place in the side, the 26-year-old failed to live up to expectations. Ultimately, Lo Celso departed north London for Villarreal having worked under more managers (5) than he had contributed to league goals (4), but a return to Spain with the Yellow Submarine has given the Argentina international a new lease of life.

While he is yet to directly contribute to a goal for Unai Emery's side, Lo Celso's influence for Villarreal is clear in their progression to the semi-finals of the Champions League having beaten European heavyweights Juventus and Bayern Munich on their way to a meeting with Liverpool. Two of Lo Celso's six best rated performances for Villarreal were in the home legs against the Old Lady and FC Hollywood, so he's evidently had a positive effect for the La Liga side.

When he does get on the ball, he has proven difficult to stop having completed 2.9 successful dribbles per 90 in La Liga this season; only Samuel Chukwueze (4.4) betters Lo Celso in this metric. 2.4 tackles per 90 is behind Foyth (3.5) and Francis Coquelin (3.2) in Spain's top tier, while he ranks fourth for this stat (2.9) in the Champions League for Villarreal.

Having settled in well at El Madrigal, a return to Spurs is highly unlikely. He struggled to force his way into Antonio Conte's plans, however the north London side can use his impact in La Liga to their advantage. Spurs have been credited with an interest in Pau Torres in the past, with reports last month suggesting they are keeping tabs on the Spain international. With Lo Celso impressing, the Premier League side may well use the Argentine's rapid impact under Emery as a bargaining chip this summer.

During Tottenham's peak years under Mauricio Pochettino, Dele Alli had the world at his feet. Joining from MK Dons, Alli exploded onto the Premier League scene and was courted by some of Europe's heavyweight sides. Yet in Pochettino's final full campaign, as it became clear a Spurs cycle was coming to an end, the midfielder began to tail off. He felt the poster boy for both the club's rise and fall and despite a brief resurgence under Jose Mourinho, the 26-year-old needed a change in scenary to rekindle his career.

Alli was linked with a move to PSG last January, a switch that would have seen him reunite with Pochettino in Paris only for the transfer to fall through, but he got his wish at the turn of the year as he moved north to Merseyside. Everton may not be as prestigious as PSG, however Alli has been likened to Frank Lampard in the past, so to link up with the former Chelsea boss at Goodison Park felt like the perfect match.

Fast forward to the present day and Alli's brief spell has been a waste of time for all parties. He moved to Everton for a deal that could be worth up to £40m, yet having totalled just 170 minutes of league action across six sub appearances for the relegation threatened Toffees, it's not quite gone to plan for all parties.

Joining a side with an abundance of central midfielders was not going to aid his cause, nor was coming into a team that faces a genuine threat of relegaton at the midway stage of the campaign. Lampard was going to chop and change to find a system best suited to consolidating a Premier League spot and if that meant Alli missed out on a place in the side, then so be it. Unfortunately, a move that was meant to kickstart is career has done quite the opposite.

Joining from Sevilla in the summer, a move that saw Erik Lamela move the other way, Bryan Gil was tipped for big things having excelled for Eibar in 2020/21. The Spaniard looked bright in his sporadic appearances for Tottenham, yet struggled for regular minutes, which in turn hindered his development.

Across nine sub appearances, Gil registered just 86 minutes of Premier League action, with first Nuno Espirito Santo and then Antonio Conte preferring to use the 21-year-old in the Conference League and Carabao Cup. With minutes hard to come by, Spurs made the decision to loan Gil to Valencia on deadline day and the Los Che faithful have quickly taken to the Spaniard.

The young winger has just one assist to his name in his nine league outings, but his unpredictability in possession has helped win admirers. 1.9 dribbles per 90 is the third best of all Valencia players to register at least 600 minutes of La Liga action this season, while a lack of assists isn't for want of trying with 1.3 key passes per 90 the fourth best for the Spanish side.

"Bryan, Stay!" Valencia fans chanted on the streets last month following their Copa Del Rey win over Athletic Club and the growing calls to make the move permanent will only grow louder should he play a key role in securing domestic success when they take on Real Betis this weekend.

Spurs may have witnessed his impact for Valencia and believe he deserves a second chance under Conte next season, particularly with doubts over the respective futures of Steven Bergwijn and Lucas Moura. He may not leapfrog Dejan Kulusevski or Son Heung-Min in the pecking order, yet he would afford Conte an exciting option off the bench. Conversely, the club may elect to cash in on Gil while his stock is so high, so the north London outfit certainly have a decision to make in the summer. 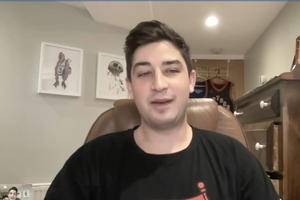 Ryan Lowe wants his Preston North End side to be fighting to reach the play-offs at least next season after watching Fulham win promotion to the Premier League. North End travelled to Craven Cottage last night to takes on a Cottagers side which needed to pick up three points to confirm their place