If Manchester City were under pressure to win on Saturday evening, they didn't show it as they eased to a 4-0 win at Leeds. The Premier League leaders dominate the team of the week with four players, while Newcastle, Arsenal, Manchester United, Tottenham, Brighton and Aston Villa are also represented.

Martin Dubravka was unable to help Newcastle to a positive result against Liverpool on Saturday, but it wasn't for want of trying. The 33-year-old ensured the Magpies were in the game until the death as he made nine saves to help return a WhoScored rating of 8.32.

Joao Cancelo is the first of four Manchester City players to make the cut following their 4-0 win at Leeds on Saturday evening. The Portuguese star got forward well from right-back for the league leaders, completing three dribbles and creating two goalscoring chances to secure a place in the side with a WhoScored rating of 8.20.

Deputising for the absent Benjamin White, Rob Holding picked the perfect game to score his first Premier League goal. Holding put Arsenal ahead on their way to a 2-1 win at the London Stadium, while he excelled off the ball, too, to ensure all three points for the Gunners. Indeed, Holding blocked three shots and made seven clearances, two tackles and two interceptions to land a WhoScored rating of 8.46.

Holding wasn't the only defender to score their first Premier League goal this gameweek as Raphael Varane partners the Arsenal man at the back. The Frenchman got on the scoresheet with 20 minutes to go in Manchester United's 3-0 win over Brentford on Monday night, while five clearances and three interceptions guaranteed United a clean sheet and Varane a spot in the team of the week with a WhoScored rating of 8.37.

Rounding off the backline is the second Manchester United player in the side. Alex Telles provided the assist for Varane's second half goal on Monday night, that coming from his only key pass at Old Trafford. The Brazilian was able to pick out a teammate with ease, too, as he found a United player with 94.6% of his 56 attempted passes to feature with a WhoScored rating of 8.23.

Raheem Sterling gave the Leeds backline a torrid 90 minutes to nail down his place in the side with a WhoScored rating of 8.15. Sterling didn't contribute to a goal, but managed four shots at Elland Road and completed a whopping 10 dribbles - only twice has that record been bettered in a Premier League match this season, both times by Adama Traore - with the 27-year-old good value for his inclusion.

Of the five assists Phil Foden has registered in the Premier League this season, two came in Manchester City's 4-0 win at Leeds on Saturday. Foden provided for Rodri and Gabriel Jesus either side of half time from two of three key passes, as he makes the best XI with a WhoScored rating of 8.48.

Partnering Foden in the middle of the park is Brighton's star man from their 3-0 win at Wolves. Yves Bissouma bagged his first league goal of the campain at Molineux, finding a way past Jose Sa with his only shot of the game. The Seagulls star didn't give the Wolves midfield a chance to settle as he made three tackles and two interceptions, and got forward well as he completed two dribbles, to make the side with a WhoScored rating of 8.39.

With a WhoScored rating of 9.73, Son Heung-Min is the Premier League player of the week. Son had a direct hand in all three goals in Tottenham's 3-1 win over Leicester, following up his first half assist for Harry Kane with a second half brace, those coming from respective returns of four key passes and three shots.

Gabriel Jesus continued his excellent run of form as he bagged his eighth league goal of the season in Manchester City's 4-0 win at Leeds. Jesus found a way past Illan Meslier with one of two shots at Elland Road, and he was unfortunate not to add an assist as he made five key passes. An additional three successful dribbles saw the Brazilian garner a WhoScored rating of 9.13.

Joining Jesus on the frontline is Aston Villa striker Danny Ings, who earned a WhoScored rating of 8.27 off the bench against Norwich on Saturday. The Villans star had a direct hand in both goals against Canaries, providing for Ollie Watkins shortly after his introduction late in the first half, before netting in the dying embers of the victory that relegated Dean Smith's side. 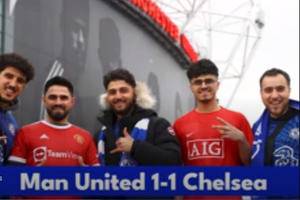 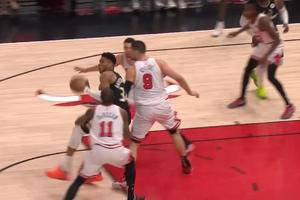 Zach LaVine will miss the game because he is in Health and Safety Protocols, while Alex Caruso is out because of concussion protocols. Chicago Bulls guards Alex Caruso and Zach LaVine have both been ruled out for Wednesday’s Game 5 against the Milwaukee Bucks (7:30 ET, TNT). Caruso remains in conc