Brighton are the dominant side in the Premier League team of the week with Robert Sanchez kicking off the Seagulls quartet. Graham Potter may have overseen a 4-0 win over Manchester United, yet the visitors had their chances at the AMEX, noted in that Sanchez made five saves on his way to returning a WhoScored rating of 8.17.

Brentford ended a two-game winless run with a 3-0 win over Southampton on Saturday, with Kristoffer Ajer again impressive at right-back for the Bees. Ajer earned a WhoScored rating of 8.49 having bagged his first Premier League goal of the season in the victory, while four interceptions and four clearances saw him nail down his spot in the side.

The second Brentford player in the XI, Pontus Jansson, like Ajer, also netted in their 3-0 win over Southampton, putting the Bees ahead early in the first half. The Swede won five aerial duels and made six clearances in a dominant performance that yielded a WhoScored rating of 8.48.

The first of three Manchester City players to make the XI partners Jansson at the heart of the defence. Aymeric Laporte doubled City's advantage shortly before the break in their eventual 5-0 win over Newcastle on Sunday and was solid in playing the ball out from the back as he found a teammate with 96% of his 75 attempted to return a WhoScored rating of 7.58.

Marc Cucurella scored his first league goal for Brighton in their 4-0 win over Manchester United on Saturday, finding a way past David De Gea with one of two efforts. In addition, the Spaniard defended solidly, too, making two clearances and one tackle to complete the backline with a WhoScored rating of 7.76.

With a WhoScored rating of 9.16, Raheem Sterling is the Premier League player of the week. Of the five goals Sterling has scored in 2022, two came in Sunday's 5-0 win over Newcastle as the winger hit the back of the net with both shots. The City star also completed three dribbles and made three key passes in a man of the match performance.

Kevin De Bruyne registered his seventh assist of the season in Manchester City's resounding win over Newcastle on Sunday and is the third and final City player in the side. De Bruyne made a total of six key passes across 90 minutes at the weekend, and made one tackle and one interception to feature with a WhoScored rating of 8.75.

The penultimate Brighton representative in the XI joins De Bruyne in the middle of the park. Manchester United had previously rejected the chance to sign Moises Caicedo, and the decision came back to haunt them on Saturday as the 20-year-old struck his first ever Premier League goal against the Manchester side. Caicedo didn't give the United midfield a chance to settle as he four clearances, three tackles and two interceptions to contribute towards his inclusion with a WhoScored rating of 8.69.

The star man from Brighton's thumping win over Manchester United, Leandro Trossard directly contributed to three of their four goals, providing assists for Marc Cucurella and Pascal Groß before getting on the scoresheet on the hour mark from respective returns of four key passes and three shots. The Belgian's performance certainly warranted a WhoScored rating of 8.80.

Arsenal extended their winning run to four matches with Eddie Nketiah netting a first half brace in their 2-1 victory over 10-man Leeds on Sunday. The striker linked up well with his Gunners teammates, too, returning a 93.3% pass success rate to star in attack with a WhoScored rating of 8.38.

They say goals are like buses - you wait ages for one, then two come along at once. The adage wasn't lost on Romelu Lukaku, who ended a 10-game goalless run to score twice in Chelsea's 2-2 draw with Wolves on Saturdy. Lukaku found a way past Jose Sa with two of four shots and was unfortunate not to add an assist having created three goalscoring opportunities to round off the XI with a WhoScored rating of 8.70. 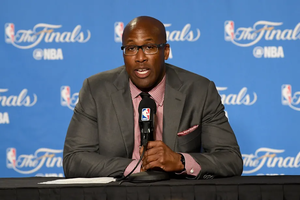 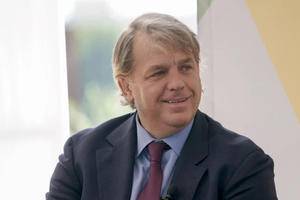 Todd Boehly and his consortium have won the bid to buy Chelsea in a deal that could be worth up to £4billion. The consortium led by the LA Dodgers co-owner has signed a purchase agreement to buy the Premier League side and end Roman Abramovich’s 19-year ownership, according to The Daily Telegraph.

The Clippers are bringing Robert Covington back on a 2-year / $24M deal ESPN's Adrian Wojnarowski announced on Thursday afternoon that the LA Clippers had agreed to a contract extension with free-agent forward Robert Covington. After coming to the Clippers at the trade deadline alongside Norman Pow