Adjusting to the rigours of Premier League football is never easy, but we have picked out an XI who made an immediate impact for their new employers, joining last summer or in January. For the purpose of this article, we take a look at players who have joined permanently, or who are expected to make a loan move permanent, which would exclude Conor Gallagher, for example. Starting from the back, we take a look at the best rated new signing XI.

For a period, Jose Sa was the best rated goalkeeper in the Premier League, but a poor ending to Wolves' season - they rode out the campaign on a seven-game winless streak - saw the Portuguese shotstopper's WhoScored rating drop to 6.81. Nevertheless, Sa enjoyed a commendable debut campaign in England, returning the third best save success rate (71.6%) in the Premier League.

The first of three Newcastle players in this side, injury may have hindered Kieran Trippier's impact for the Magpies, but he was solid from right-back when fit. He made more tackles (2.8) and interceptions per game (1.7) than any other Newcastle player this season, all the while chipping in with two goals, to land a WhoScored rating of 7.38.

When Tottenham signed Cristian Romero from Atalanta on loan last summer, with a view to making the move permanent of course, the Argentine was immediately propelled to Spurs' best defender. Romero won the Serie A Defender of the Year award in his final season in Italy and for Spurs to have landed a centre-back of his calibre was a coup. The 24-year-old has his disciplinary issues, but his aggressive approach as earned him a legion of admirers at the Tottenham Hotspur Stadium and the Argentina international a WhoScored rating of 6.93 in his debut campaign in the capital.

Another Newcastle January arrival partners Romero at the heart of the defence. Dan Burn has been a key man for the Magpies since his return to his boyhood club and since making his debut for the club in mid-February, Eddie Howe's side conceded just 18 league goals, the seventh fewest in the Premier League over the same period. Burn's impact solidified this Newcastle backline and saw him land a WhoScored rating of 6.90.

Rounding off the defence is Spanish full-back Marc Cucurella. Brighton did well to sign Cucurella last summer and he proved a solid addition to the Seagulls backline. Only Trent Alexander-Arnold (51) and Reece James (42) made more key passes from open play than the 23-year-old (40) who makes the cut at left-back with a WhoScored rating of 6.94.

Of the 13 Premier League games Brentford won in their debut campaign in England's top tier, seven came in Christian Eriksen's 10 starts for the Bees. The Dane's impact for the west London side ensured Brentford staved off relegation and they'll hope they can convince him to remain at the Brentford Community Stadium beyond the summer. Despite only making a handful of appearances, Eriksen made the fourth most key passes (30) of all players for Thomas Frank's side, which saw him earn a WhoScored rating of 7.37.

Another January arrival in the middle of the park, Rodrigo Bentancur slotted in perfectly for Tottenham in the New Year, adjusting to the rigours of Premier League football with ease. Bentancur forged a superb relationship with Pierre-Emile Hojbjerg and his influence in the midfield helped Spurs to ultimately finish in the top-four, something that seemed unthinkable when Antonio Conte succeeded Nuno Espirito Santo in November. Only Oliver Skipp (90.1%) ended the season with a better pass success rate than the 24-year-old (90%), who nailed down a spot in this XI with a WhoScored rating of 7.25.

Just as Romero immediately walked into Tottenham as their best defender, Bruno Guimaraes was instantly instilled as Newcastle's best midfielder when he completed his high profile switch from Lyon to St. James' Park in January. Only Allan Saint-Maximin (6) won more WhoScored man of the match awards than Guimaraes (4) of all Newcastle players, which speaks volumes of the positive effect he has had for the Magpies. With a WhoScored rating of 7.07, he completes the midfield in this side.

Since making his full debut in Tottenham's 3-2 win at Manchester City in mid-February, Dejan Kulusevski has registered more assists (8) than any other Premier League player. Like Romero, Kulusevski joined on loan with a view to a permanent move, an option Spurs are likely to take up given he ultimately directly contributed to 13 of their 69 league goals this season, that in itself helping the Swede to a WhoScored rating of 7.19.

The grand return to Old Trafford didn't quite go according to plan as Manchester United finished the season in sixth, but Cristiano Ronaldo made a notable impact for this sub-par United side in 2021/22. Only Son Heung-Min and Mohamed Salah (both 23) scored more goals than Ronaldo (18) in the Premier League this season and while they fell were short in their quest to upset the Manchester City-Liverpool duopoly at the top of the table, the experienced hitman enjoyed a respectable campaign from a personal viewpoint, returning a WhoScored rating of 7.11.

The best rated new signing, Luis Diaz was instrumental in aiding Liverpool's ultimately failed push to secure the Premier League title. The Colombian made a seamless transition from Liga Bwin to the Premier League, granting head coach Jurgen Klopp additional attacking flexibility in the process. A WhoScored rating of 7.44 is a superb return for Diaz and with a full pre-season under his belt, Liverpool fans will be expecting more from the winger in 2022/23. 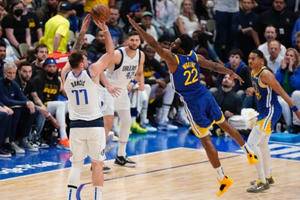 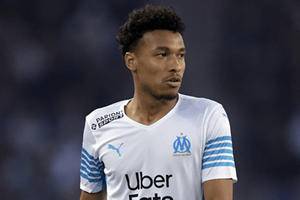 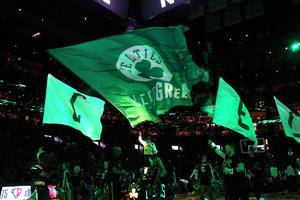