The number nine shirt is a poisoned chalice at Chelsea. The likes of Fernando Torres, Radamel Falcao and Gonzalo Higuain, all recognised forwards across the continent, have all failed to shoulder the goalscoring burden at Stamford Bridge, with Romelu Lukaku joining the trio in this club.

Lukaku returned to Stamford Bridge last summer for a club-record £97.5m and the expectation in west London was that the Belgian would finally rectify their sriker woes. On the back of a Serie A season that saw him score 24 times and lay on a further 11 assists, supporters were understandably excited at the prospect of Lukaku leading the charge for the Blues.

However, less than 12 months later, and Lukaku is on the cusp of a return to the Nerazzurri on loan. The move will see the striker link up with Lautaro Martinez at the Stadio Giuseppe Meazza once more and Inter fans are keen to see him back in the blue and black of Milan. For Chelsea, though, the transfer marks the end of a nightmare spell for Lukaku back in the capital.

What makes matters worse is that Lukaku made a blistering start to life back in Enland. He netted three times in his opening three league outings, including the opening goal in their 2-0 win at Arsenal on his second debut to quickly re-endear himself to the Chelsea faithful.

Following a brace against Aston Villa in September, though, things took a downturn for Lukaku. The Belgium international endured a spell on the sidelines with an ankle injury in October, and then a bout of COVID-19 in December, and it wasn't until the Boxing Day win at Villa that he'd score another league goal. Then there was the infamous interview to Sky Italia in December that saw his stock among the Chelsea fanbase plummet. Since then, he never really found himself back in the good books at Stamford Bridge.

The number nine is clearly cursed at Chelsea, but the issue is whether Lukaku has been the worst of the lot. Eight goals for a striker who cost just shy of £100m is a dire return, particulary when you consider Lukaku scored in only six of his 26 league appearances for Thomas Tuchel's side.

Initially, he did look the perfect signing for Tuchel's Chelsea. Able to play up front alone or with a partner as proven by his superb 2020/21 campaign for Inter, Lukaku was supposedly the final piece of the puzzle for the Blues as they looked to launch a sustained title charge. Often playing off the shoulder of the last defender, where he can use his speed to get the better of opponents and his power to brush off markers with ease.

There is also the intelligence to his game so that he knows when to time his run to perfection, noted in that he was flagged offside just 0.8 times per 90 in the Premier League last season, so he should've been the ideal fit for a Chelsea side that has developed a statistically calculated WhoScored strength of 'creating chances using through balls'.

The issue was that Lukaku was being asked to do more than just put the ball in the back of the net, something he did do well as noted by a conversion rate of 18.6%, that the eighth best of the 82 players to manage 40 or more shots last season. In a Tuchel attacking system, the forwards need to pressure opposition defences to force mistakes, a style that ultimately won Chelsea the Champions League last May.

Unfortunately, this is a waste of Lukaku's best quality, which is to get on the end of chances created by his teammates. It's little wonder, then, that Lukaku averaged just 0.1 tackles per 90 in the Premier League last season, while his striking output took a huge hit as a result. This, though, says more about Chelsea's recruitment than it does Lukaku or Tuchel's system.

Given the European success in Porto last May, why would Tuchel tinker with his attacking approach? Surely Chelsea would have been better off signing a more selfless forward to carry out the defensive duties Tuchel wants rather than spending big on a frontman that is wasted when it comes to pressuring defences.

Now set for a return to Italy, regretably for Lukaku is that he will go down as one of the worst signings for Chelsea, if not the history of the Premier League, and, to an extent, through little fault of his own. He was the wrong fit in the wrong system and that meant he ultimately struggled to successfully transfer his wonderful Serie A form back to the Premier League. 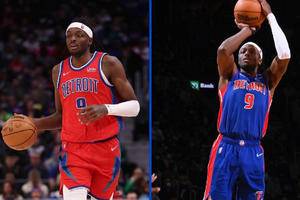 The Portland Trail Blazers are acquiring Detroit Pistons forward Jerami Grant for a protected 2025 first-round pick and additional draft assets, sources told ESPN on Wednesday. The Blazers have been pursuing Grant to pair with All-NBA guard Damian Lillard for over a year and now land him and absorb 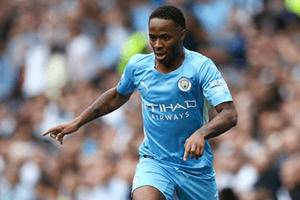 Chelsea are close to making one of their statement summer signings if reports are to be believed. With Romelu Lukaku expected to return to Inter before too long, the Belgian ending a disappointing second stint with the Blues with a whimper rather than a bang, Chelsea will be looking to secure a repl 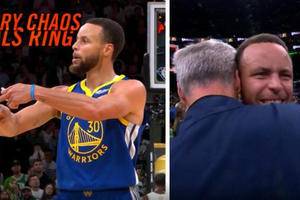 The Nets’ negotiations with Kyrie Irving were always going to be challenging, and now they’ve reportedly reached an ‘impasse’. Irving can opt out of his contract and become a free agent at the end of this month, and conversations with Brooklyn over an extension have gone stagnant. It could lead the