Few this side of the channel would have been aware of Jonathan Clauss 12 months' ago. After a so-so debut Ligue 1 campaign with Lens, where he returned a WhoScored rating of 6.88, Clauss would go on to enjoy a whirlwind 2021/22, which resulted in a first senior call up to the France national team and links with a high profile Premier League move.

It's a far cry from August 2018, where Clauss moved to German side Arminia Bielefeld following a trial at the club. In his two league seasons with the Blues, he hardly set the world alight in the 2.Bundesliga. Evidently, he's come a long way in a fairly short period of time. Now, London pair Chelsea and Tottenham are keeping tabs on the France international, who shone at right wing-back for Lens last term.

Clauss directly contributed to 16 league goals for Lens last season, more than any other full-back or wing-back in Europe's top five leagues, as he scored five. A return of 74 key passes was more than any other defender in Ligue 1 last term, and third overall in the division. Out of contract next year, Clauss put in some impressive attacking numbers and that could allow Lens to maximise his value this summer rather than lose him on a free in 2023.

Both Chelsea and Spurs use a three-man defence, which requires the wing-backs to provide the attacking threat from out wide. Reece James is first choice for the former, who'll need a backup for the England star next season, while the latter are in the market for a right wing-back. Djed Spence may be Spurs' number one target, but with the north London side and Middlesbrough struggling to come to an agreement on a fee, it makes sense for Conte's side to assess other targets.

What makes him such an appealing target for both Thomas Tuchel and Antonio Conte is a willingness to put the ball in the box. The Blues (745) ranked fifth for attempted crosses in the Premier League last season, while Reece James (96) made their most crosses excluding corners. Meanwhile, 74.2% of the total crosses Spurs made in the 2021/22 Premier League campaign came after Conte took charge in November, with Emerson Royal (54) topping the same metric under the Italian. Clauss, then, would fit the bill to carry out the demands of both managers having attempted more crosses (348) than any other player in Ligue 1 last season.

Granted, a cross success rate of 22.7% ranked 84th of the 157 players to attempt 25 or more crosses in France's top tier last term, yet the desire to bombard the opponent's box with cross after cross will sit well with the two Premier League managers. However, if Tuchel and Conte are hoping to see Clauss take on opponents when he is on the ball, then they may well be disappointed.

For a player in his position, he may be expected to chip in with more than 0.9 dribbles per 90, and return a better success rate 48.3%, yet Clauss' best quality is his ability to break forward and receive the ball out wide in space to put the ball in the box. And even if he doesn't get in possession in the final third, his willingness to get upfield down the right flank drags markers out of position and this opens up space for his teammates to maximise.

Lens did attack down their right side more frequently (38%) than any other area of the pitch in 2021/22, that actually the 11th highest in Ligue 1 last season. By comparison, Chelsea (40%) and Spurs (39%) ranked second and third, respectively, for attacks down the right in the Premier League this season. It's a negligible difference, yet with Tuchel and Conte seeking to focus their attacks down the right flank, Clauss could prove a dangerous weapon to call upon.

Of course, Spurs' push for Clauss is dependant on their pursuit of Spence, the Boro wing-back their number one target, and it could be that rumoured interest in the former is to force the latter's hand. Chelsea, though, need reinforcements in this area of the pitch and while their priorities may lie elsewhere, notably in defence and attack, they'd be foolish to pass up the chance to sign Clauss should the opportunity present itself. 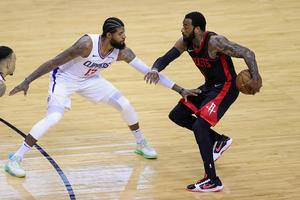