Having flirted with relegation last season - they did finish just five points above the dropzone - Southampton have wasted no time in bolstering their squad in the off-season. They lost Fraser Forster on a free to Tottenham, yet have brought in highly rated youngster Gavin Bazunu as his replacement, the 20-year-old impressing on loan with south coast rivals Portsmouth from Manchester City.

Armel Bella-Kotchap and Romeo Lavia strengthen the defence and midfield, respectively, while Joe Aribo joined from Rangers on Saturday evening. Aribo leaves the Scottish Premiership side following a notable three-year spell that saw him win both the league and cup in 2021 and 2022, respectively, and come perilously close to helping the Gers to Europa League glory back in May, netting in the final of their eventual penalty shootout defeat to Eintracht Frankfurt.

Having been a consistent force in the Rangers midfield during his time at Ibrox, Saints fans are hoping to see similar from the Nigerian at St. Mary's in the not-too-distant future. A versatile midfielder, who can play out on the right as well as through the middle, the immediate stand out trait for Aribo is his chance creation. Granted, the 25-year-old finished 2021/22 with just five league assists to his name, but that says more about his teammates' profligacy than it does Aribo's ability to create for others.

A return of 59 key passes from open play was more than any other player in the Scottish Premiership last season and with a little more composure from those leading the charge, his assist return would have been higher. Importantly is that this is a trait he can offer to Saints next season, and a quality that was found wanting under Ralph Hasenhuttl.

Captain James Ward-Prowse ranked sixth for key passes (71) in the Premier League this season, but in turn only 26 of those were from open play with the midfielder creating the bulk of his chances from set-piece situations. Oriol Romeu (37) was Saints' most creative player from open play, with Nathan Redmond (30) second to the Spaniard. Evidently a player who is prepared to make final passes from the midfield without the need for set-pieces was crucial, with Aribo fitting the bill.

On top of that, Saints needed an additional goal threat to aid the team in front of goal. Ward-Prowse was the top scorer for Hasenhuttl's side in the Premier League last season, hitting the back of the net 10 times, and even then; nine of those were from set-piece situations. Without needing to rely on free-kicks or penalties to net, Aribo will help ease these concerns for Saints.

Hasenhuttl will rightly have expected more from his strikers last season, Che Adams their top scoring forward with seven goals to his name, but Aribo provides an additional goal threat, maximising his impressive left foot. The 25-year-old scored eight league goals last season, seven of which were from open play.

Saints were among the lowest scorers in the Premier League last season, hitting the back of the net just 43 times. What stands out, though, is that of those 43 goals, only 23 were from open play; only Burnley (20) and Norwich (15) hit the back of the net fewer times from open play than the south coast outfit. The idea, then, is that Aribo, with his goalscoring exploits, will boost these numbers to ease Saints' issues in the final third and provide an additional path to goal, and that in turn will lessen the burden on Ward-Prowse to consistently net from free-kicks.

Out of possession, he is an hard working individual, and he is a player who is prepared to win the ball and then do what needs to be done in attack. Aribo was one of only three players to finish the Scottish Premiership campaign with more than 1.5 shots, 1.5 key passes and 1.5 tackles per game, and chipped in with an additional 1.4 dribbles per game. He's not quite a master of all trades midfielder, yet he'll prove a handy addition to Hasenhuttl's side in the middle of the park.

That he is able to play down that right flank and in a more advanced role too means that Hasenhuttl won't be forced to breaking up his favoured central midfield partnership of Ward-Prowse and Romeu. While Aribo's talents are best served in the middle of the park, the versatility to his game gives Hasenhuttl options, and this could prove crucial over the duration of the campaign.

"The Premier League is the best league in the world. I’ve been watching it since I was a young boy, it’s always been a goal for me to play here and show what I can do on this stage," Aribo told Southampton's official website following his move to St. Mary's, and Saints fans should be excited at what Aribo can bring to the south coast. He's a quality addition to the midfield that will provide cover for Ward-Prowse and Romeu when either player is absent, and one that can operate in more attacking roles should needs must.

Aribo looks a good fit for the Premier League and he could ultimately prove to be Saints' most important summer addition. 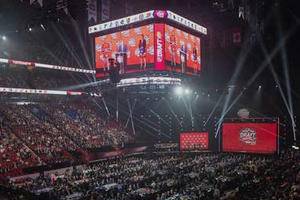 LAS VEGAS – James Harden is taking less for the team. Harden is set receive a $15 million pay cut next season and will sign a two-year deal with a player option in the second year, according to The Athletic. This comes after the 76ers guard opted out of his $47.36 million player option for the 2022- 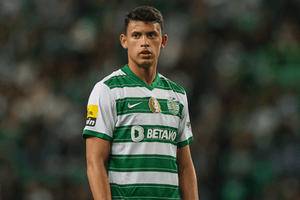 With Chelsea closing in on the signing of Raheem Sterling, the Blues are finally set to make a splash in the transfer market. Todd Boehly's takeover at the end of May lifted all restrictions surrounding the club, but it's taken over a month for the west London side to invest in the squad. Romelu Lu 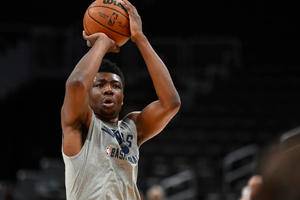