Leicester City are no closer to agreeing a new contract with Youri Tielemans, with Brendan Rodgers planning to sit down with the midfielder next week to discuss his future as multiple Premier League clubs express interest in a summer deal.

Belgium international Tielemans has emerged as one of Leicester’s most important players since his £32m move from Monaco in 2019, making more than 150 appearances for the Foxes and scoring the winner in their FA Cup final win over Chelsea last year.

Leicester want Tielemans to put pen to paper on a new deal but the 25-year-old is reluctant to commit his future to the club, with his current contract set to expire next summer.

That means Leicester will risk losing Tielemans for free if they do not cash in on him this summer, with Arsenal thought to be leading the race for his signature.

Ten Hag has made Barcelona star Frenkie de Jong his priority signing this summer but United could turn to Tielemans if they continue to struggle to convince the Dutch star to make the move from Nou Camp.

Asked for an update on Tielemans’ contract negotiations at Leicester City, Rodgers said: ‘There’s no update at all.

‘He’s an amazing guy to work with. He’s just re-joined the club [for pre-season] and he’s pretty much the same. In training he’s very committed.

‘He’s happy in his work and he’s happy at the club. But naturally with a year in his contract he may feel he has to look at everything for him and his family. But I certainly know he’s committed while he is here.

‘I’ll have a good chat with Youri next week to get privately what he’s thinking. But it won’t change, whether he’s leaving or staying for another five years, he’ll still be super committed.’

Asked if Leicester would accept Tielemans staying for the final 12 months of his contract before leaving on a free transfer, Rodgers added: ‘I’m not sure.

‘For that to happen that means there’s been no acceptable offer or there hasn’t been an offer. That’s the reality.

‘From Youri’s perspective, he’ll continue to train and work. He’s very focused on getting himself fit and like he always is with the team, he’s a great guy to have in the squad.

‘Until that changes, I will give everything to keep developing him and the team. There is a possibility, but we have to wait and see.’ 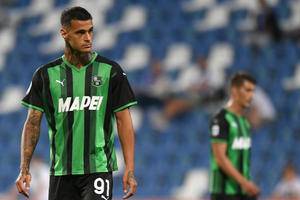 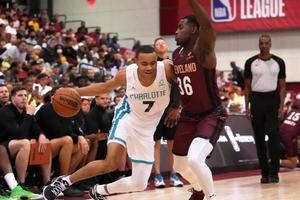