The Premier League season kicks off in less than a week and teams are still seeking to strike deals in their bid to improve. Here we take a look at the best of Sunday's transfer gossip, with Manchester United, Manchester City and Newcastle all dominating the gossip columns.

Newcastle United are reportedly in talks to sign Timo Werner from Chelsea on loan this summer, according to the Sunday Mirror. Werner has struggled for consistency signing joining the west London side from RB Leipzig in 2020, with the Bundesliga outfit also linked with a move for the Germany international.

The arrival of Raheem Sterling from Manchester City hints that Werner's game time will be limited in the coming campaign and having scored just 10 Premier League goals for Thomas Tuchel's side, Chelsea could be prepared to let the speedy striker depart this summer.

Newcastle have been active in the summer market, signing Nick Pope, Sven Botman and Matt Targett, the latter's loan move made permanent, but they are looking to strengthen in the final third. Werner, despite his goal struggles, could be the high profile addition the Magpies are craving to make in the window. If Chelsea are prepared to do business for Werner, however, then Newcastle would face competition for the 26-year-old's services.

Man City need to up bid for left-back target Cucurella

Following Oleksandr Zinchenko's move to Arsenal, Manchester City are set to strengthen at left-back in the coming weeks. David Raum was linked with a move to the Etihad Stadium prior to his move to RB Leipzig, while Alejandro Grimaldo has also emerged as a target for the Premier League champions. That said, City have their heart set on Marc Cucurella, yet Brighton are believed to have lost their cool with Pep Guardiola's side.

The Athletic is reporting that Brighton will not hold any further talks with City for the Spaniard, and that they will only accept an offer of at least £50m for the 24-year-old. Cucurella moved to the AMEX 12 months' ago and quickly established himself as a fan favourite on the south coast, so their desire to retain the Spaniard's services is understandable.

Cucurella finished fourth for tackles (93) in the Premier League last season, and ranked highly of full-backs for key passes from open play (40), which explains the hefty asking price. City now need to fork out £50m if they are to land one of their top targets.

Frenkie de Jong has been Manchester United's top midfield target this summer, that goes without saying. United boss Erik ten Hag is keen to link up with his compatriot once more, the duo having worked together with Ajax, but United have, thus far, been left frustrated in their efforts to land the Dutchman.

Barcelona are supposedly happy to do business with United for De Jong, however the player is reluctant to leave Camp Nou for United. The Mirror is now reporting that United are prepared to make one final push to sign the 25-year-old, who himself is keen to remain with the Spanish powerhouse.

United have made moves in the transfer market, securing the services of Tyrell Malacia, Lisandro Martinez and Christian Eriksen, but having lost Paul Pogba, Nemanja Matic, Jesse Lingard and Juan Mata this summer, they need to bolster a weak midfield. With a month to go until the transfer window closes, if United do fail to lure De Jong to Old Trafford, then they need to rapidly regroup and pursue other targets. 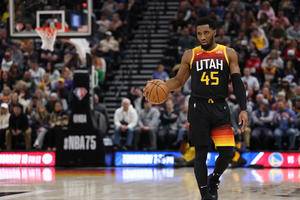 About a week and a half ago, ESPN’s Adrian Wojnarowski reported that trade talks between the Utah Jazz and New York Knicks centered around All-Star guard Donovan Mitchell could move quite slowly. On Friday, The Athletic’s Shams Charania reported that those talks have entirely “stalled out.” Whethe 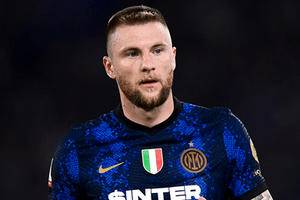 Chelsea's pursuit of a new centre-back finally bore fruit earlier this month as they secured the services of Kalidou Koulibaly from Napoli. The Senegal star has long been linked with a move to the Premier League, and it was a transfer that finally came to fruition. Importantly for Chelsea is that th 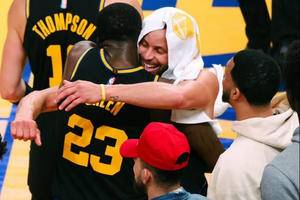