Who is Amadou Onana? The towering Belgian to shore up Everton's midfield

When Lille allowed Boubakary Soumare to leave for Leicester last summer, some may have been feared at how his sale would impact the team. Worst was the departure of Christophe Galtier, but even so; Soumare started 21 times in their title winning campaign. Yet Lille needn't have worried too much, with Amadou Onana stepping in to bridge the cap.

Onana registered fewer league starts than Soumare managed in Lille's title winning campaign, with head coach Jocelyn Gourvennec favouring Benjamin Andre, Xeka and Renato Sanches in the middle of the park, but he clearly showed enough in his limited action for Everton to spend around £30m to secure his services. Lille stand to make a hefty return on a player they spent £6m on 12 months' ago.

For Everton, Onana will at least shore up something of a problematic position for the Toffees. Frank Lampard isn't exactly short of central midfielders, however the options at his disposal hardly made for great reading. Coupled with the summer departures of Donny van de Beek and Fabian Delph, the former returning to Manchester United, and an area that looked solid enough suddenly lacks the necessary defensive resolve.

Everton beat the drop by just four points last season and conceded 66 times on their way to consolidating their Premier League spot. While a striker is high on the priority list for Lampard following Richarlison's move to Tottenham and Dominic Calvert-Lewin's ongoing injury concerns, the Toffees boss has clearly identified Onana as one to help ease their defensive issues.

What stands out immediately about Onana is his size. The Belgium international dwarfs opponents, standing at 6'5" to help dominate midfields. He uses his height to excellent use, winning possession with ease in a key area of the pitch. Indeed, only Jean Onana (3.4) made more tackles per 90 than namesake Amadou (3.2) of players aged 23 and under in Ligue 1 last season, reinforcing a statistically calculated WhoScored strength of 'tackling'.

Additionally is that Onana was dribbled past just 0.5 times per 90, returning an excellent attempted tackle success rate of 87.3%. By comparison, Van de Beek (68.2%) came closest to matching this return of all Everton players in the Premier League last season. Onana will certainly add a greater layer of protection to the Toffees backline.

Considering Lampard is going to continue with a three-man backline, which relies heavily on wing-backs getting forward to provide the width in attack, Everton need a quality ball winning body in the middle of the park to ensure they aren't caught out when the wing-backs are upfield and the Toffees have committed too many men forward.

Able to work well with a partner or on his own as the deepest lying central midfielder, this works in Everton's favour. It's likely that Lampard will use Onana alongside Abdoulaye Doucoure, which means there are two hard working midfielders in the middle of the park to help the Toffees remain compact. However, if needs must, Lampard can rest assured that Onana has the means to anchor the midfield on his own, and this would allow the Everton boss to throw additional bodies into the mix to help his side if required.

That said, as is the case with any central midfielder who carries out the nitty gritty defensive work, there comes the risk of landing in hot water with officials. Onana was only booked twice and received just the one red card in Ligue 1 last season, but did commit an average of 2.1 fouls per 90 in France's top tier last term, that the fifth highest in the division.

For an Everton side that conceded the joint-most goals from set-pieces, excluding penalties (19) in the 2021/22 Premier League campaign, this is a side to his game that does need to be curbed. That will be down to Onana's relative inexperience at this level, and at 20 years of age, is a side to his game that can be coached out of him. On top of that, when he does win the ball, there is work to be done on his distribution.

For a central midfielder, particularly one who looks to win the ball as regularly as Onana, that he returned a pass success rate of 83.3% from 41.1 passes per 90 shows that there is work to be done to improve this side to this game. It's all well and good winning the ball from an opponent, but it would be a waste for Onana to then give it away again. That said, like with the number of fouls he conceded last season, it's an area that can be improved upon with the relevant coaching.

If Saturday's 1-0 loss to Chelsea is anything to go by, they do need a new striker before the transfer window closes, but Onana's arrival does add another body to the middle of the park that will add a layer of cover to a defence that does need shoring up. 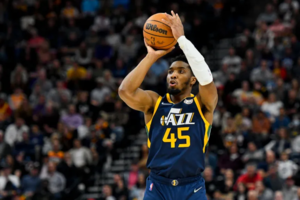 It wasn’t all that long ago that the Utah Jazz trading Donovan Mitchell to the New York Knicks seemed to be a done deal. The Jazz reportedly wanted to top the Rudy Gobert deal in a trade for Mitchell and the Knicks appeared more than willing to give up the draft picks to make it happen. Somewhere a 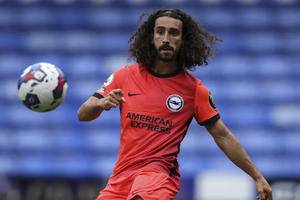 Chelsea have finally agreed a deal with Brighton & Hove Albion for Marc Cucurella, 90min understands. The Blues were close to reaching an agreement with Brighton on Wednesday, but the Seagulls were quick to publicly stress that terms had not been finalised. Now 90min can confirm that Chelsea will 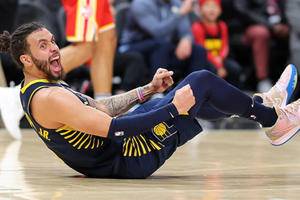