Wolves must have felt they'd sorted their goalscoring woes with the addition of Sasa Kalajdzic. The towering Austrian joined from VfB Stuttgart at the end of August and was thrown straight into the starting XI against Southampton at the weekend. Kalajdzic lasted just 45 minutes in the 1-0 win and it was confirmed afterwards the striker had suffered an injury to his ACL.

It's yet to be confirmed how long the 25-year-old will be sidelined for, but Wolves are not taking any chances. Bruno lage must be ruing his luck, particularly given the Premier League side's struggles in front of goal clear for all to see. That centre-back Conor Coady is their fourth top scorer in the Premier League since the start of last season, with four goals to his name, speaks volumes.

However, with the transfer window closed, Wolves need to peruse the free agent market, and that has taken them to Diego Costa. The Spaniard has been without a club since terminating his contract with Atletico Mineiro back in January. That the 33-year-old hasn't played competitively since the turn of the year is a concern, but desperate times call for desperate measures for Wolves.

No Premier League team has scored fewer goals than Wolves (3) this season, though they do have six points to their name after the opening six games. The lack of goals though is unsustainable for a 38-game campaign, so the quest to land a striker is an understandable one. Does Costa have what it takes to spearhead the charge for a Premier League side, however?

At his age and a lack of competitive minutes over the last nine months is an issue and if Wolves are to launch a serious stab at a European finish, then they can't rely solely on Costa. Even with his goalscoring pedigree in the Premier League, Costa's form has nosedived since leaving Chelsea in 2017. In his final campaign in west London, the Spanish frontman netted 20 times to cap a fine final season at Stamford Bridge.

Yet, in the years following his return to Atletico Madrid, and then switch to Brasileirao side Atletico Mineiro, the goals have dried up significantly. Indeed, since the start of the 2017/18 season, Costa has scored just 16 league goals. In the same period, he has received 19 yellow cards, and been sent off twice. He has failed to scored more than five times in a single season since his final campaign at Chelsea, so he has hardly set the world alight upon his departure.

As alluded to, though, Wolves need to take a punt on a striker and if one of Costa's experience is available, then it's better than not taking a risk at all. Lage has sought to move to a four-man backline with the lone striker. That relies on the frontman working hard off the ball to help ease pressure on the defence. Costa carried out these duties well with Chelsea and having excelled as the lone striker in a system not too dissimilar to the one Lage is seeking to implement, then he won't have to change his style of play much.

If he can regain his fitness quickly, then he is capable of running the channels and doing all he can to unsettle defences, and this will aid Wolves with their tricky supporting wingers. The issue is whether he can rediscover his goalscoring touch. Wolves' sole statistically calculated WhoScored weakness is 'finishing scoring chances' and it's hardly a surprise with their conversion rate just 3.9% after six games this season.

A return of 10.3 key passes per game is the sixth best in England's top tier this term, so they just need a player to put the ball in the back of the net. And while Costa has scored just 16 league goals since his Chelsea exit, a conversion rate of 15% in league matches over that same period is respectable.

Lage does still have Raul Jimenez, Hwang Hee-Chan and Goncalo Guedes to call upon to lead the charge in the meantime, so this does ease the pressure on Costa to make an immediate impact at Molineux. Yet as a free agent, there is a 'low risk, high reward' factor about bringing Costa on board, particuarly if Kalajdzic's knee injury is worse than initially feared. Crucially this'll add another striking option for Lage ahead of what will be a long and testing season.

Wolves may not have European action, yet with the World Cup looming, and Costa highly unlikely to be selected by Spain for Qatar 2022, he can use that month to build up his fitness further to hit the ground running once domestic duties get back underway. A 33-year-old free agent may not be an inspiring signing, but as a short-term addition, Costa may prove crucial for Lage's side. 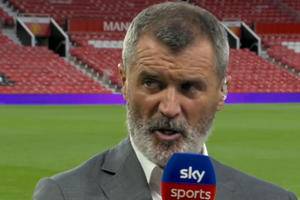