La Liga powerhouse pair Barcelona and Real Madrid make up the bulk of the Champions League team of the week with five players from the pair making the cut. Premier League and Eredivisie champions Manchester City and Ajax are also represented following an exciting first round of fixtures from Europe's elite club competition.

Real Madrid may have earned a 3-0 win at Celtic on Tuesday night, but it wasn't quite plain sailing for the defending champions. Los Blancos were up against it in the first half, with Thibaut Courtois needed to keep the Scottish side at bay. Indeed, the Belgian made four saves in a clean sheet attaining display to return a WhoScored rating of 8.13.

The sole Manchester City representative following their 4-0 win in Sevilla, Joao Cancelo impressed at right-back as cover for the absent Kyle Walker. The Portuguese winger provided assists for Phil Foden and Ruben Dias to bag second half goals, those coming from his only two key passes in the victory. Two tackles and one interception contributed towards Cancelo's inclusion with a WhoScored rating of 8.29.

Barcelona are the dominant side in the first Champions League team of the week of the season, with Jules Kounde the first of three Blaugrana stars in the XI. The Frenchman was sound defensively, making four tackles and three interceptions, while the assist for Franck Kessie's opener saw Kounde garner a WhoScored rating of 8.29.

Following up his man of the match award in the Bruges Derby at the weekend, Abakar Sylla put in a star man display as Club Bruges picked up a 1-0 win over Bayer Leverkusen. Sylla scored the only goal of the game shortly before the break, and was solid at the back as the Belgian side held firm against their German counterparts. Four clearances, one tackle and one interception saw the teenager return a WhoScored rating of 8.39.

Benfica kicked off their Champions League campaign with a 2-0 win over Maccabi Haifa, with Alejandro Grimaldo the star man having earned a WhoScored rating of 8.58. Grimaldo had a direct hand in both goals, following up his assist for Rafa's opener shortly after the restart with a goal of his own a few minutes later. Those came from respective returns of two key passes and two shots to cap a fine display from the left-back.

Ousmane Dembele deserved his WhoScored 10 rating for his performance in Barcelona's resounding 5-1 win over Viktoria Plzen. The Frenchman registered a pair of assists at Camp Nou, those coming from a total of five key passes. In addition, Dembele completed six dribbles to nail down the right wing spot.

Ajax eased to a 4-0 win over Rangers in one of Wednesday's two early kick offs, with Steven Berghuis the star man in the clash. Berghuis was directly involved in two of their four goals, providing the assist for Edson Alvarez's opener and then netting Ajax's second with a little over half an hour on the clock. Three tackles, two shots and two key passes helped the Dutchman to a WhoScored rating of 9.04.

Liverpool put in an embarassing defensive shift in Naples on Wednesday as Napoli ruthlessly dispatched of the Premier League side. Andre-Frank Zambo Anguissa was the star man for the Italian outfit in their 4-1 win, scoring their second midway through the first half, and he was superb off the ball as he made six tackles and five interceptions to partner Berghuis with a WhoScored rating of 8.79.

Vinicius Junior scored for the fourth game running in Real Madrid's 3-0 win at Celtic on Tuesday night. The Brazilian wing wizard found a way past Joe Hart with one of three shots, and was difficult to contain as he completed six dribbles in Glasgow to round off the midfield with a WhoScored rating of 8.42.

Mohammed Kudus was heavily linked with a move to Everton in the final knockings of the summer transfer window, but he showed why Ajax were so keen to retain his services as he shone in their 4-0 win over Rangers. The 22-year-old led the charge on Wednesday evening scoring one and assisting another, all the while returning a 100% pass success rate to feature on the frontline with a WhoScored rating of 8.93.

With a perfect 10.0 rating, Barcelona's Robert Lewandowski joins Kudus in attack as the Champions League player of the week. The Polish striker made history as he became the first player to score a Champions League hat-trick for three different clubs as he struck three times from six shots on Wednesday night. Lewandowski was unfortunate not to add an assist having made two key passes against Viktoria Plzen. 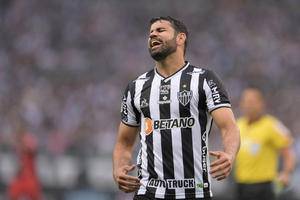 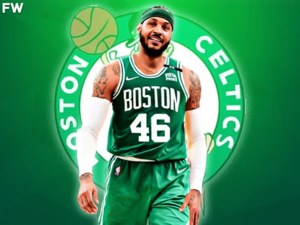