"Liverpool are a team I’d play for," Joao Gomes said last month. The Flamengo midfielder was quizzed on reports linking him with a Premier League switch during an Instagram live, and the quotes would have been welcome news for the Reds, though less so Manchester United, who have also been credited with an interest in the 21-year-old.

Ultimately, neither side did make a move for Gomes in August. Liverpool brought in Arthur Melo on loan from Juventus, with an option to make that switch permanent in the summer, while United signed Casemiro to bolster their midfield. In that time in, Brazil the youngster has been a solid option for Flamengo when called upon.

Gomes has started just 15 of 26 league matches for the Brazilian powerhouse this season, returning a WhoScored rating of 6.82 in the process, with his ball winning ability his stand out strait. Indeed, of those to have registered at least 500 minutes of action, only Rubens (5) is making more tackles per 90 than Gomes (4.5) in the 2022 Brasileirao campaign.

That's not to say Gomes is primarily just a ball winner in the middle of the park. Yes, his greatest strength is argaubly his ability to rob an opponent of possession, but when he does win the ball, he doesn't simply rely on others to then carry out the attacking duties. Rather, Gomes is prepared to do all he can to pry open defences, which has helped boost his reputation.

Of the 42 players to have attempted three or more through balls, Gomes' through ball accuracy of 66.7% is the 10th best in Brazil's top tier, so when he does get further forward, he is able to spot a runner to play a defence-splitting pass. And when he is in possession in a deeper position, Gomes has the means beat a marker to help open up angles to exploit.

A key attribute for any central midfielder in modern game now is the need to bring the ball forward to allow his team to swarm opponents. Gomes carries out this role well, having returned a dribble success rate of 72%, that the eighth best of the 125 players to have attempted 25 or more dribbles in the Brasileirao this season.

Able to get up the pitch well, he affords the ideal verticality that appeals to Premier League suitors. Liverpool in particular would certainly benefit from a central midfielder of his skill set. The Reds rely on quick transitions to help hurt opponents, with at least one midfielder required to get upfield to support the offensive.

Gomes has what it take to carry out this duty for this high octane Liverpool side that is, in truth, in need of investment. Jordan Henderson and James Milner are both the wrong side of 30, while Thiago and Naby Keita spend more time in the treatment room than they do on the football pitch, so a rebuild in this crunch area of the pitch is vital next summer.

Jude Bellingham is high on Liverpool's wishlist and they are expected to make a move for the England international in the summer window, but the Reds could benefit from an additional injection of youth in the midfield at the end of the year. With the Brasileirao campaign wrapping up a week before the World Cup, Liverpool would have the chance to make their move for Gomes in January to help him bed in ahead of next season were they to firm up their reported interest in the Flamengo star.

Gomes may not be ready to make the leap to the Premier League, yet his all-action style of play means he'd be a good fit for Jurgen Klopp's side, at least in theory. With the player himself already eager to move to Liverpool, that will leave the Merseyside outfit in pole position to sign Gomes, in what could prove an astute move by the club. He'd be able to play all three central midfield roles in Klopp's favoured 4-3-3 system, and this versatility to his game is an added bonus that may help Liverpool firm up their rumoured interest in the Brazilian a little further down the line. 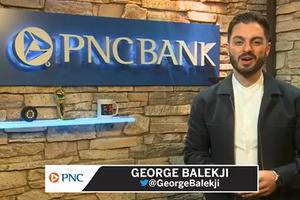 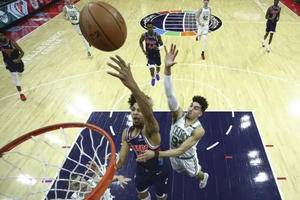