As France seek to defend their World Cup crown, a succession of injuries hasn't aided their cause. Their starting central midfield pairing at Russia 2018 - Paul Pogba and N'Golo Kante - were ruled out before the tournament forced its way to the forethought of France fans, while Ballon d'Or winner Karim Benzema fell foul to a thigh injury shortly before Qatar 2022 kicked off.

Christopher Nkunku was then forced to withdraw, with Les Bleus robbed of four quality options, and three likely starters, before the World Cup even got underway. Didier Deschamps' then lost Lucas Hernandez to a knee injury 10 minutes into France's 4-1 win over Australia on Tuesday night. Hernandez fell awkwardly as Mathew Leckie carried the ball forward from the right, and this presented the Australian winger with the chance to put the ball across goal for Craig Goodwin to fire past Hugo Lloris.

In his place came brother Theo Hernandez and while injuries to Pogba, Kante, Benzema and Nkunku would be viewed as a curse, Hernandez's injury could work in the favour of the 2018 World Cup winners. Deschamps set up with a back four of Benjamin Pavard and Hernandez either side of Ibrahima Konate and Dayot Upamecano. It's a defensively sound backline, yet there is a lack of attacking thrust from the full-backs.

Both Pavard and Lucas Hernandez are centre-backs by trade with the latter featuring frequently at the heart of the defence for club side Bayern Munich, so the link between defence and midfield was found wanting. As Australia took a surprise lead against France, this lack of cohesion was evident. Lucas, of course, is wished a speedy recovery from his knee injury, with the Bayern star's World Cup already over, but it's feasible to suggest that France will be a far more potent side going forward with Theo starting at left-back.

It could have been so different for Hernandez, too. The AC Milan star had previously tried to obtain a Spanish passport in order to turn out for La Roja having been eligible to play for Spain through his father, but went back on that decision in 2019 and received his first France call up back in September 2021, electing against following the same path as Aymeric Laporte. Fast forward to the present day, and Theo could prove to be one of France's most important players in Qatar.

Admittedly, Hernandez shone against a sub-par Australia side at the Al Janoub Stadium in their Group D opener, but the left-back put in a performance that AC Milan fans will have been familiar with. Indeed, only Antoine Griezmann (6) made more key passes than Hernandez (4) in the 4-1 win, one of which resulted in the assist for Adrien Rabiot's equaliser, 15 minutes after he came on.

A return of 21 key passes at club level is the fourth best of all AC Milan players in Serie A this season, so the attacking side on show against the Socceroos was no surprise. Now the issue is whether this is a viable approach in the long run at the 2022 World Cup. Against an Australia side that was often going to be second best against the powerhouses of France, Hernandez's attacking impact wasn't capitalised upon. Against more established teams in the competition, starting with the meeting with Denmark this week, the space vacated when he embarks foward could well be exploited.

This leaves Deschamps with a bit of a tactical conundrum. Unless the France boss wishes to use a three-man backline and deploy wing-backs, then opponents may use Hernandez's willingness to push forward as a chance to hurt France, but there are ways to balance this side out when the 25-year-old breaks upfield.

Rabiot would not have been considered a starter for France with Pogba and Kante fit, yet as chance would have it, the Juventus man is one of the more experienced players in the midfield. His defensive contribution down the left could be key to bringing out the best in Hernandez, with the 27-year-old a hard worker off the ball. When Hernandez gets forward, we'd likely see the defence shift across, effectively forming a three-man backline, or Rabiot drift to the left to provide cover down that flank.

Either way, there are solutions to France's potential issues that arise with Lucas Hernandez's injury, but with the additional attacking threat from deep that comes from Theo's inclusion in the side outweighs the potential cons. With Kylian Mbappe playing off the left, too, that's a scary proposition for opponents.

In a 4-2-3-1 setup, which Deschamps is set to favour in Qatar, at least one attacking full-back is key. Lucas Hernandez is not the offensive outlet from left-back in the same way brother Theo is for both club and country, and the former's injury provides the latter with a way into the starting XI. In Qatar, this could prove a blessing for Les Bleus. 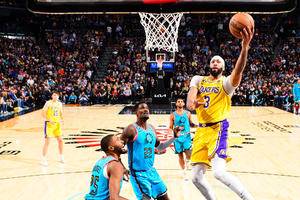 Los Angeles Lakers big man Anthony Davis made NBA history Tuesday night, filling the box score like few before him. Davis finished the night with 37 points, 21 rebounds, five steals and five blocks in the Lakers’ 115-105 loss to the Phoenix Suns. Since blocks and steals became an official stat in 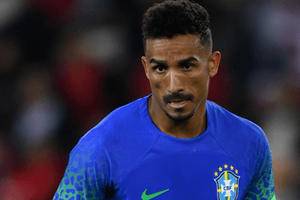 Brazil are the overwhelming favourites to win the 2022 World Cup, and it is easy to see why. There is a raft of talent within the Selecao squad, notably in attack with Tite able to call upon the likes of Neymar, Vinicius Junior, Gabriel Jesus and Richarlison, to name four, in what is arguably the mo 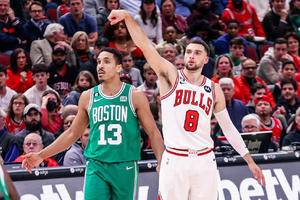