Scott Sinclair has officially made his return to England.

Though originally thought to be a six-month loan before joining permanently, Sinclair has signed a two-and-a-half-year deal to Deepdale.

A major contributor in the past, the soon-to-be out-of-contract Celtic star made only seven appearances this season, scoring twice in just 176 total minutes of action. For Sinclair, Preston will be his 13th different English side that he’s played for, featuring most frequently for Swansea and Aston Villa with stints at Chelsea and Manchester City also under his belt, as per iSports football API.

The winger joins Preston as they push for promotion to the Premier League. The Lilywhites are currently in 10th place on 39 points, just two points back of the promotion play-off places.

Sinclair was wildly successful after joining from Aston Villa in summer 2016, scoring 62 goals and adding 34 assists in 167 career games at the club, according to iSports API football database.

Sinclair won the PFA Scotland Players’ Player of the Year in his first year at Celtic. and won all 10 possible domestic trophies he could have won with the Hoops. 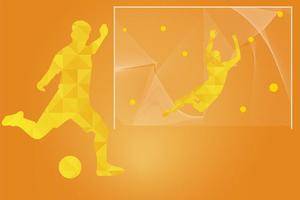 iSports API provides comprehensive sports data API solutions for you. Create your unique project or enrich your content with Broadage Sports real-time data feeds, the flexible and cost-effective data solution for more than 10 years, reaching out to millions of users. Access nearly all kinds of spor