The news, coming from Adrian Wojnarowski, ESPN, comes as the Nuggets are comfortably in the playoff/play in picture despite missing two of their three best players in Michael Porter Jr. and Jamal Murray.

Malone came to the Nuggets after a short stint with the Sacramento Kings from 2013 to 2015. Since becoming Denver’s head coach in 2015, Malone has guided this team to multiple playoff berths and one Western Conference Finals appearance in 2020.

Over the past three seasons, the Nuggets have amassed the most regular-season wins in the Western Conference and won over 20 playoff games in that time.

The terms of the contract aren’t released, but it does give Malone the vote of confidence from ownership and management that he will be the Nuggets head man into the 2022-2023 season and beyond in hopes of competing for a championship in the next few years.

Nuggets governor Stan Kroenke said the extension was “well deserved” and important for what he has done for the franchise since he was hired.

The team under Malone, MVP Nikola Jokic, and president of basketball operations Tim Connelly have reshaped the organization and built the franchise from the ground up to now a consistent playoff contender.

In a year where the Denver Nuggets has lost two of its biggest stars in Michael Porter Jr. and Jamal Murray, the team remains in the fight for a playoff spot in a tightly competitive Western Conference with a 43-30 record.

After a win against the Clippers on Tuesday, the Denver Nuggets snapped a two-game losing streak and got back in the sixth seed. The Nuggets avoided a drop in the standings to the division rival Minnesota Timberwolves and the NBA’s play in tournament.

For the Nuggets keeping the NBA’s fifth-longest head coach on the sidelines for the next few years is essential.

In today’s NBA, for coaches to last this long in the league means they’re doing something right. Malone has enormous trust in the development of his players, has fostered a great culture, and in trusting the process, gets the results on the floor.

The Denver Nuggets in Malone’s tenure have gone from a promising young team to title contenders. This extension means the organization believes that he can bring the team a title in the coming years.

Even if this is not the year for the Nuggets to win it all, the nucleus, potential, and promise they have shown is a sign of things to come for championship contention when healthy.

Michael Malone, along with their stars in Jokic, Murray, and Porter Jr. are the core of the organization that can lead the franchise to their first NBA championship. 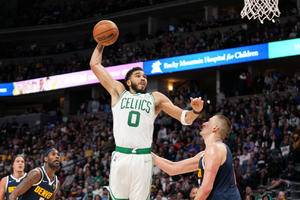 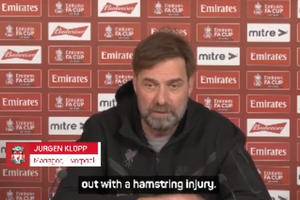