After missing 43 games, Paul George returns to lead the Clippers to an impressive comeback victory against the Utah Jazz on Tuesday.

Clippers swingman Paul George returned to the lineup for the first time in three months as LA erases a 25-point deficit and earns a huge comeback 121-115 victory over the Utah Jazz on Tuesday night.

The All-Star guard scored 34 points in 30:49 minutes for the Clippers after missing three months with an elbow injury.

“It’s a big morale boost,” Clippers coach Tyronn Lue said. “Guys were getting worn down and tired. We needed that.”

Seeing George hit back-to-back 3-pointers in front of the Clippers bench was all Lue needed.

George hadn’t played since Dec. 22 while rehabbing a torn ulnar collateral ligament in his right elbow.

George initially wanted to have surgery after getting hurt, but the doctor told him that type of injury heals and the ligament would reattach itself to the bone.

“Thankfully we went that direction,” he said.

Assistant coach Brian Shaw had George running during rehab to the point where he felt more like a track and field athlete than a basketball player.

“Unnecessary running,” George said, smiling, “but it paid off. I trusted him.”

Per Andrew Greif of the Los Angeles Times, George has begun taking part in more strenuous group workouts of late. He participated in practice Thursday and took part in five-on-five workouts on both Sunday and Monday, per Greif.

George has missed 43 games over the ensuing three months, during which the Clippers — who have also been without fellow star Kawhi Leonard all season — have battled to remain in eighth place in the Western Conference. With only six games remaining, the Clippers are locked into the Play-In Tournament, where George’s return could give them a welcome boost for a likely matchup with Minnesota.

George, 31, was averaging 24.7 points, 7.1 rebounds and 5.5 assists before his injury. The Clippers have played the entire season without Leonard (who is recovering from offseason ACL surgery) and the last 18 games without Norman Powell (foot injury).

Information from The Associated Press was used in this report. 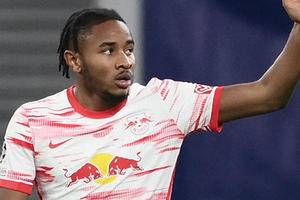 RB Leipzig earned five points from their three games in March, but were effective in the final third as no team scored more goals (7). In addition, only Mainz 05 and Borussia Dortmund (both 1) conceded fewer goals than Domenico Tedesco's side (2), though the former did only play twice in March. Her 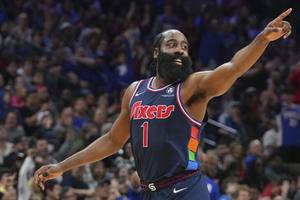 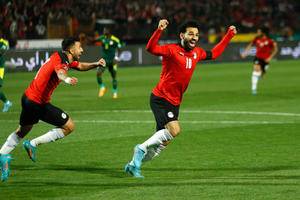