NEW ORLEANS (AP) — When Manu Ginobili reflects on the odds of a kid from Argentina growing up to win four NBA titles and Olympic gold, he sounds in awe that that is in fact the story of his athletic life.

“It’s one in tens of millions,” Ginobili said on Saturday after an official announcement on Saturday that he has now also been inducted into the Hall of Fame. “The odds are very, very slim and it just happened to me. I don’t know what happened, but I was the one.

“I happen to be an important part of two very iconic teams of those couple decades of both FIBA and with the NBA. Incredibly lucky and fortunate to be a part of those two.”

Ginobili, five-time All-Star Tim Hardaway and decorated former coach George Karl were the household NBA names in the 2022 Class of inductees, announced Saturday from New Orleans at the site of the NCAA Final Four.

The class will be enshrined into the Naismith Memorial Basketball Hall of Fame in Springfield, Massachusetts, on Sept. 10.

Ginobili, a two-time All-Star, spent his entire 16-year NBA career with San Antonio, which is a big reason he’s now going into the Hall of Fame. He similarly credited his long stint with an Argentina national team that is regularly among the best in the world.

“I was a part of two incredible teams; if it wasn’t for being part of those two teams, I wouldn’t be here,” Ginobili said. “It’s not just about individual accomplishments. I never won a scoring championship, an MVP or even [All-NBA] First Team. I’m here because of my surroundings, of the players I played with, of the coaches I was coached [by] and the organizations. I know I’ve been very lucky.”

But Ginobili did leave his mark on the game in the way he employed lateral movement after picking up his dribble to get up shots in the paint. It became known as the “Eurostep,” because Ginobili had played for a EuroLeague championship-winning team in Bologna, Italy, before coming to the NBA.

“I never saw that I created anything or brought anything new. I just played the only way I thought possible,” Ginobili explained, bringing up the challenge of trying to score against 7-footer Shaquille O’Neal early in his career.

“I was not going to go over Shaq and dunk, I had to go around people,” Ginobili said. “That’s the way my skill set and physical abilities found to get to the rim. I’ve done it since I can remember.”

Karl played in the NBA for five seasons in San Antonio before coaching for 27 years, during which he won 1,175 games — placing him sixth all-time. He was named NBA Coach of the Year in 2013.

Huggins has more than 900 NCAA wins in a college coaching career that began in 1977 and is currently at West Virginia.

Whalen is a five-time WNBA All-Star and four-time champion. She is now the head coach at Minnesota, where she also played in college.

Stanley, who is currently a WNBA head coach with Indiana, has spent 45 years in coaching, including 22 years at the college level with Old Dominion, Pennsylvania, Southern California, Stanford and California. She was WNBA coach of the year in 2022, when she also was elected to the Women’s Basketball Hall of Fame.

Evans officiated more than 1,900 regular-season games, along with 170 playoff games, 35 NBA Finals games and four NBA All-Star games from 1973 to 2001. He also was the NBA’s Assistant Supervisor of Officials for three years after stepping away from on-court officiating. 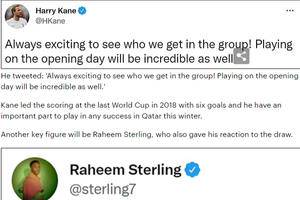 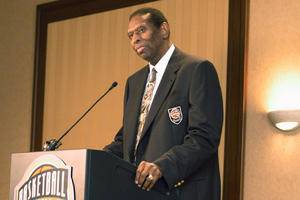 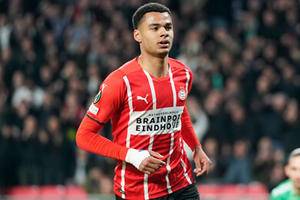 "I have played on the wings growing up, but I can play in the middle as well, or on the sides. I can do whatever the manager wants me to do," Gabriel Martinelli told the Athletic last month. A serious knee injury in 2020 forced the Brazilian to miss a substantial chunk of the 2020/21 season, but Mar