Although injury woes in 2021-22 cannot be ignored, the Lakers' focus on using a veteran-laden crew turned their season upside down.

This time, though, the Lakers could not simply pledge to win the next game. Nor could the Lakers hold out hope that someday they would finally have a fully healthy roster.

The Lakers suffered a 116-97 loss to the Phoenix Suns on Tuesday, which marked the end of a disappointing 2021-22 season with three games left. The Lakers (31-48) are guaranteed of missing the Play-In Tournament by losing their seventh consecutive game, while the San Antonio Spurs (34-45) clinched a Play-In berth with a win over the Denver Nuggets. These developments coincided with Lakers star LeBron James sitting out for a second consecutive game (and fourth of the past five) because of a sprained left ankle.

Not surprising that James’ latest absence coincided with the Lakers missing the NBA playoffs after winning the NBA title just 17 months earlier and, incidentally, 10 months since losing to the Suns in the first round of the playoffs. Or that Lakers forward Anthony Davis competed while nursing a sprained right foot that he described as “a little bit more sore than normal.”

Throughout the 2021-22 season, the Lakers never came close to resembling a title contender while James (24 games), Davis (39) and plenty of role players spent significant time on the sideline.

“Our goal was to win a championship,” Davis said. “I thought we had the pieces, but injuries got in the way of that.”

The Lakers have often argued the outcome would have become much different had their players not missed a combined 230 games due to injuries and illnesses as well as another 39 related to COVID-19. If only they did not field 39 different starting lineups to account for all of those overlapping absences. If only James, Davis and Russell Westbrook played more than 21 games together. If only Kendrick Nunn, a key offseason free-agent signing, did not miss the entire 2021-22 season because of a bone bruise in his right knee. Then perhaps the Lakers could have played games into June instead of making vacation plans in April.

No surprise then that the Lakers echoed that refrain shortly after the Suns ended their season early once again. The Lakers are less than two calendar years removed from winning an NBA title when neither James nor Davis nursed significant ailments.

“I would say if LeBron and AD played 15 games together that year,” Lakers coach Frank Vogel said, “we would have a similar year to what we’re having right now.”

Don’t buy that argument, though. The Lakers did not miss the playoffs for the first time in four years because of injuries. The Lakers barely hovered above or below .500 all season mostly because of their flawed roster.

The miscues started when the Lakers determined which third star to pair with James and Davis. Contrary to what Magic Johnson argued on ESPN’s First Take this week, it seems implausible the Lakers could have acquired DeMar DeRozan from the San Antonio Spurs. The Lakers would have had to perform a sign-and-trade with San Antonio, a move the Lakers would not have been able to pull off since they would have been subject to a hard cap. The Lakers came close to acquiring then-Kings guard Buddy Hield until deciding otherwise with landing Westbrook.

But even if James and Anthony have admitted playing a role in Westbrook’s arrival, the Lakers’ stars don’t deserve as much blame as the front office does. First, James and Davis lauded both a potential Hield or Westbrook move. Secondly, the front office always bears the responsibility to determine which trades work best for the organization.

In this case, the Lakers misfired by acquiring Westbrook from the Washington Wizards in exchange for a promising young player (Kyle Kuzma), a decent pick-and-roll player (Montrezl Harrell) and a dependable defender (Kentavious Caldwell-Pope). Although none of those players proved reliable enough to help the Lakers absorb injuries last season to James and Davis, they at least gave L.A. some needed depth.

The Lakers never resorted to bringing Westbrook off the bench. Yet, Westbrook never appeared reliable in both significant and reduced roles, including in crunch time.

“There’s so many different things that happened, but I personally don’t like to point fingers or blame anybody,” Westbrook said. “I can only control myself and what I’m able to do with my actions.”

Westbrook should have accepted more responsibility for his shortcomings. It did not help, though, that the Lakers lacked both a defensive identity and roster depth to cover up his flaws.

The Lakers compounded their mistakes when they filled most of their roster with veteran-laden players to fulfill their needs both on offense (Carmelo Anthony, Wayne Ellington) and defense (Trevor Ariza, Dwight Howard, Deandre Jordan, Avery Bradley, Kent Bazemore). Those players either struggled with health (Ariza), with consistency (Bradley, Howard) or overall usefulness (Ellington, Bazemore). The Lakers then declined to retain role player Alex Caruso amid more concern about their luxury-tax bill. They did so while forsaking how Caruso would have maximized their title fortunes amid his consistent chemistry with James, his defensive presence and his overall hustle.

The Lakers still fostered some young talent in Austin Reaves, Malik Monk and Talen Horton-Tucker. But none of those players could camouflage the Lakers’ otherwise faulty roster. On paper, the Lakers featured four players on the NBA’s 75 Anniversary Team (James, Davis, Westbrook and Anthony). In reality, the Lakers fielded a much different identity.

In James, they had one of the best players still playing in his prime despite this being his 19th season. They also had a co-star in Davis who has struggled with staying healthy. Their third star, Westbrook, showed both an unwillingness and inability to adjust his game. Anthony, one of the NBA’s top scorers ever, was a bench scorer who hardly offered much on defense.

To the Lakers’ credit, they mostly competed to the very end. Save for the argument on the bench that Davis and Howard had during the second game of the season, the Lakers did not have any known locker-room issues. Unlike their other championship-contending teams that underachieved, the Lakers did not self-destruct because of personality clashes. The Lakers remained mediocre because they had a flawed roster.

Surely, the overlapping injuries affected the players’ comfort level in their roles and on-court familiarity with teammates. That variable also further challenged Vogel with evaluating his rotations. But with the Lakers’ front office overloading the team with too many veteran players, it seemed inevitable they would oversee an overcrowded trainer’s room.

“The world would love to see — and we would love to see — what this team could be if we were healthy for a full 82,” Davis said, “If that repeats next year or if we have the same team? Who knows. We have to recap this season on what worked and what didn’t work and go from there. But I truly think we could’ve done something special, if LeBron and myself, mainly me, were healthy for the entire season.”

So where do the Lakers go from here?

Do the Lakers allow Vogel to finish out the last year of his contract? Do the Lakers give some consideration to their expected pending free agents, including Monk, Anthony, Howard, Bradley, Ellington and Bazemore? Do the Lakers try the Westbrook experiment for another year (presuming he exercises his $47 million player option for next season) in hopes to play again with James and Davis?

“That’s the plan, but nothing is promised,” Westbrook said. “You kind of have to take one day at a time each day. Like I’ve said all season long, you got to be able to play the cards you’re dealt. Yes, you want to see what that looks like and what that entails over the course of an 82-game season. But we’re not sure if that is guaranteed, either. I just hope we have a chance to be able to do something in the future.”

Despite the Lakers’ rhetoric about their injuries, it seems unthinkable they would retain the majority of a roster that failed to make the Play-In Tournament. For better and for worse, the Lakers’ success and failure these past three years have revolved around how healthy and effective James and Davis can be. But here’s an educated guess that the Lakers will remain committed to James and Davis out of respect for their star presence, their resume and their work habits.

After failing to do so last summer, the Lakers will have to prove they can find the correct third option to complement James and Davis — as well as find the right mix of role players. Sure, it would also help if the Lakers have fewer injuries. Yet, the Lakers’ injuries only represented the symptoms of their failed season. The root cause of the franchise’s shortcomings traces back to the team’s personnel decisions.

If Ajax did miss Antony for Saturday's trip to FC Groningen, they certainly didn't show it. The Eredivisie leaders eased to a 3-1 win at Euroborg, with Steven Berghuis, who filled in for the Brazilian on the right, earning the WhoScored man of the match award. Prior to the international break, Anton 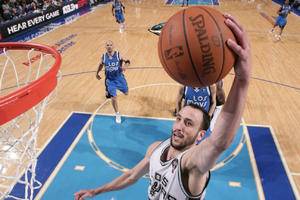