Kyrie Irving and his Brooklyn Nets are ready to visit the Boston Celtics to start arguably the most interesting series of the first round of the 2022 NBA playoffs. Both these teams caught fire late in the season, but their prior results made them finish in different positions. After winning the first play-in game against the Cleveland Cavaliers, the Nets secured the 7th seed in the East.

Now the challenge will be a lot harder, as the Boston Celtics aren't the team that they were last season. Ime Udoka finally figured things out, Jaylen Brown is healthy and Jayson Tatum is playing like a future MVP.

This series has various condiments that make it one to watch, and Kyrie Irving is one of the biggest. He had a past with the C's, where he played from 2017 through 2019, promising to stay with the team before going to Brooklyn and joining Kevin Durant three years ago.

After all this time, the people in Boston still hold grudges against Kyrie, but the player wants to put that to rest and remember his stay in Boston for all the good things he was able to do. Talking about his past, Irving said:

"I hope we could move past my Boston era and reflect on some of the highlights I left at TD Garden that they can replay. Move forward. Just a new paradigm, baby."

The Celtics are a dangerous team, and many people thought the Nets would try to avoid them. However, Kyrie shut down that notion, saying that the competition is new for everybody and the Nets have the chance to prove themselves against a big rival.

He also spoke about the infamous incident when he stomped on the Celtics' logo last season, saying it was just part of the game and nothing too big.

We're ready to see Kyrie and Kevin Durant lead their Nets to the promised land, but the job won't be easy. They face an inspired team looking for revenge. They could get Ben Simmons back at some point during the series, which would be a huge boost for them. However, that's not 100% sure right now. 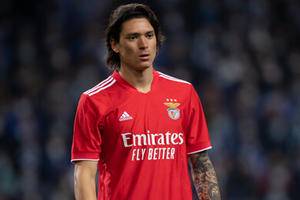 Swapping one major league for another in January is never easy, but there are those who have adjusted to new surroundings without any real teething issues. Luis Diaz looks a seasoned pro in a Liverpool shirt rather than one who left Porto for Merseyside at the start of the year. The Colombian has sl 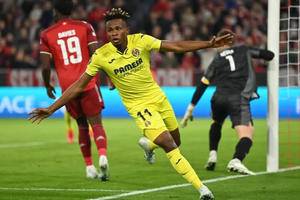