Dallas found late success with a smaller lineup in Game 1, while Phoenix is already preparing to counter it.

Dallas seeks faster starts, while Phoenix wants to improve how it finishes once these teams meet again Wednesday in Game 2 (7:30 ET, TNT) of the Western Conference semifinals at Footprint Center.

“One thing you can’t lose sight of is that you won a playoff game,” Suns coach Monty Williams said after Tuesday’s practice. “But there’s a certain way we like to play, and we felt like we had decent control of the game. We went and looked at the film, [and saw] we missed a number of bunnies around the basket. We missed a few open shots. Then, the transition defense component kind of added to that. I think that funky feeling we had at the end could generate a bit of [a feeling of] ‘let’s get back out there.’ We don’t feel like we lost, but we certainly didn’t finish the way we should have.”

The Suns captured a wire-to-wire Game 1 victory in a contest they led by 21 points with 8:48 left to play, before the Mavericks gradually chipped away to make it a five-point game with just 10.5 ticks left. Phoenix shot a frigid 28% down the stretch, as Dallas held Deandre Ayton scoreless over the final 12 minutes after the big man scorched the Mavs for a team-high 25 points on 12-of-16 shooting over the first three quarters.

Dallas played the entire fourth quarter with a small lineup featuring Dorian Finney-Smith at the five spot, which the team believes played a role in it outscoring the Suns 35-25 in the final frame.

“We played with a lot more tenacity and fight in that fourth quarter,” Finney-Smith said. “It was everybody moving and talking. We’ve just got to be that way the whole game. I think we can play with that lineup. But we’re just going to have to rebound; rebound and play fast.”

Spencer Dinwiddie and Jalen Brunson carry significant roles as penetrators and playmakers when the Mavericks play small. But that duo combined over 30 minutes apiece to shoot 9 of 21 in Game 1, finishing plus-2 and minus-7, respectively.

“We eased into the game,” Brunson said Tuesday before Dallas’ practice session. “I just feel like no matter who’s in there – small-ball lineup or a bigger lineup – if we’re playing hard from the beginning of the game, it’s gonna put us in a better position to be successful. We’ve just got to play harder.”

Phoenix reeled off the first nine points in Game 1 on the way to building a 22-7 lead a little more than halfway through the opening stanza, but the Mavs pulled to within four points before Chris Paul re-entered and padded the lead again before intermission.

The Suns maintained a double-digit advantage throughout the majority of the second half before Dallas finally seized a realistic shot to steal Game 1 with 1:18 remaining on a Dinwiddie 3-pointer that cut the home team’s lead to eight points.

“We just relaxed a little bit here late,” Phoenix forward Jae Crowder said. “Where we’re at now in the playoffs, people have pride. They’re gonna keep playing throughout the whole 48 minutes. So, we’ve got to do the same thing. We didn’t end the game the way we wanted to. But it’s a learning experience for us to just keep our foot on the gas.”

Utilizing Finney-Smith as a small-ball center yielded benefits late for Dallas, but that tactic moving forward won’t come without compromises considering it takes the team’s best on-ball defender off Devin Booker, the Suns’ leading scorer, in addition to removing a rebounder from the floor.

It’s important to remember that Phoenix dominated the boards in Game 1, grabbing 51 rebounds compared to 36 for the Mavericks.

Coming off a 45-point Game 1, point guard Luka Doncic indicated that playing more small ball provides more opportunities to attack the paint. That, in turn, could potentially open uncontested looks on the perimeter.

“When we do that, we can score easily, especially with the five-out, and they’ve got to big rotating,” Doncic said. “We’ve got to attack more paint.”

Williams and the Suns anticipate as much in Game 2, as well as more 3-point attempts from the visitors. The Mavericks jacked 39 shots from range in Game 1. Williams mentioned Phoenix might be able to cut down that number with better defensive communication in transition.

“There were some miscommunications in transition that we were trying to get to our man instead of just finding a guy and then figuring it out later on in the possession,” Williams explained. “Then, there were some rotations that were amiss on the backside. They had 39 [3-point] attempts. I think their goal is to get well over 40, close to 50. But some, we can certainly take out just with transition defense, and just the ability to guard the ball, and not have to help with something that’s hard against them, but we feel we can do a better job [of].”

The Mavericks, meanwhile, want to focus in on starting fast.

Kidd, Brunson, and Kleber all talked about the importance of not “easing into” Wednesday’s Game 2 in front of what most anticipate being a raucous crowd at Footprint Center.

“We played until the end [in Game 1], that’s what this team does,” Kidd said. “We won’t stop playing. We did some good things. But we’ve got to start the game off that way. We eased into that first one. They’ve been there before, they came out, and they were the aggressors. They set the tone. We were playing catchup the whole night.” 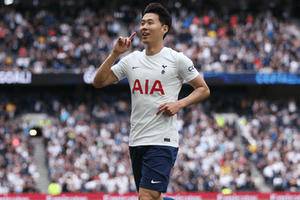