With a win in Game 5 on Monday, the Warriors are a win away from their fourth NBA title in six playoff runs. But the core trio have already made history.

Their 107-97 win against the Boston Celtics was Steph Curry, Klay Thompson and Draymond Green’s 20th playoff victory together as a trio. The milestone set an NBA record for most Finals wins by a trio in NBA history over the last 30 years, beating out San Antonio’s Tim Duncan, Tony Parker and Manu Ginobili — who have 19 Finals wins four titles together.

“Those three are some of the greatest to ever play. I feel like they played my whole life, my whole childhood. To be mentioned in the same company as them, it’s humbling,” Thompson said. “It won’t mean much unless we get another win. That’s awesome, but it would really add to our legacy if we closed this thing out.”

They went to five straight finals together, losing the 2016 finals after blowing a 3-1 lead and coming back with Kevin Durant in tow to go back-to-back in 2017 and 2018 against the Cavs in both. They swept the Cavaliers in 2017 and won in five in 2018.

Their fifth Finals appearance was a devastating one — losing Durant to an Achilles tear in a Game 5 win and Thompson to his ACL tear in a Game 6 series loss to the Toronto Raptors. The two major injuries would begin a two year playoff gap for the trio as Thompson rehabbed his ACL and a Achilles injury the following season and Curry broke his hand in 2020.

Once the trio reconvened healthy this season — despite Thompson missing the first few months rehabbing still — the Warriors were back on the fast track to the Finals.

Duncan, Parker and Ginobili won 19 Finals games as part of San Antonio’s dynasty under coach Gregg Popovich. Duncan won his first in 1999, and the trio formed in 2002 when Ginobili came to the Spurs from the Italian pro league. They won in 2003, 2005 and 2007. They won their final title together in 2014, when Ducan was 37 and Ginobili was 36 years old.

The 20 wins for Curry, Thompson and Green is the most for any trio in NBA history since the 1980s Lakers trio of Magic Johnson, Kareem Abdul-Jabbar and Michael Cooper won 22 games over eight Finals appearances.

That Showtime Lakers trio won five championships during that run. Curry, Thompson and Green will have two chances this week to get within both one Finals win and one NBA championship of that trio. 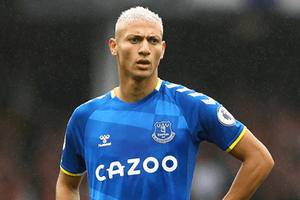 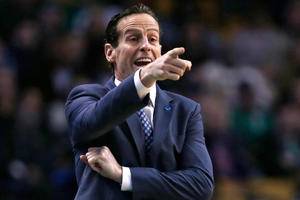 Was it the success of Luis Diaz that ultimately convinced Liverpool to peruse the Portuguese market in pursuit of reinforcements this summer? Who is to say, but considering the doubts over Sadio Mane's future and the need for investment at Anfield, the Reds are set to return to Liga Bwin. Diaz made