LAS VEGAS – James Harden is taking less for the team. Harden is set receive a $15 million pay cut next season and will sign a two-year deal with a player option in the second year, according to The Athletic. This comes after the 76ers guard opted out of his $47.36 million player option for the 2022-23 season.

By picking up that option, the perennial All-NBA selection would have been eligible to sign a four-year, $233 million contract extension that would pay him $61.7 million in the 2026-27 season. However, the expectation was that he and the Sixers would agree on a shorter extension after opting in. Instead, Harden opted out of his deal to take less money and clear enough salary-cap space for the Sixers to sign his former Houston Rockets teammate and friend P.J. Tucker.

The Sixers acquired Harden in a blockbuster trade with the Brooklyn Nets on Feb. 10. He averaged 21.0 points and 10.5 assists while shooting a career-low 32.6% on 3-pointers in 21 regular-season games as a Sixer. Harden’s numbers dropped to 18.2 points and 7.0 assists in the Eastern Conference semifinals against the Miami Heat. The 32-year-old has lost some quickness and cannot get past defenders like he once could. Harden is not getting to the foul line as much these days, either, as a result of his loss of speed and quickness, and officials are swallowing the whistle on players who were once called for fouls.

Harden’s free-throw attempts decreased from 8.9 per game in the regular season to 6.3 in the playoffs. But sources have said that Harden has looked good during workouts this offseason in Houston. The Sixers hope that Harden can show some signs of the player who put up video-game type numbers during his eight-plus seasons with the Rockets before being traded to the Nets in January 2021. Named to the NBA 75th anniversary team in October, Harden was the league’s MVP in 2018. He ended his Rockets career as the franchise’s all-time leader in made 3-pointers (2,029), made free throws (5,554), and assists (4,796). Harden ranks second in scoring (18,365) and third in steals (1,087).

With Chelsea closing in on the signing of Raheem Sterling, the Blues are finally set to make a splash in the transfer market. Todd Boehly's takeover at the end of May lifted all restrictions surrounding the club, but it's taken over a month for the west London side to invest in the squad. Romelu Lu 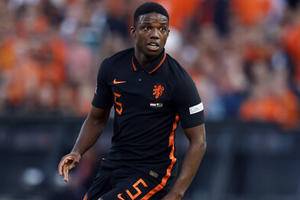