Bridges, 24, has been charged by the Los Angeles County District Attorney’s Office with one felony count of injuring a child’s parent and two felony counts of child abuse under circumstances or conditions likely to cause great bodily injury or death.

If convicted of all three charges, Bridges faces a maximum sentence of almost 12 years in prison.

He entered his not guilty plea in Los Angeles County Superior Court, according to the DA’s office. His next court appearance is scheduled for Aug. 19.

He was arrested June 29 after what Los Angeles police described as an incident of “Intimate Partner Violence with Injury” two days before.

The Charlotte Observer does not typically identify possible victims of domestic violence.

Afterward, Bridges’ accuser went on social media to share photos of her injuries and what appeared to be a copy of her medical report, which described an “Adult victim of physical abuse by male partner” who had suffered “assault by strangulation; brain concussion; closed fracture of nasal bone; contusion of rib; multiple bruises; strain of neck muscle.”

She elaborated in an Instagram post, which has since been removed: “I’ve allowed someone to destroy my home, abuse me in every way possible and traumatize our kids for life.”

“Children who witness family violence are especially vulnerable and the impact on them is immeasurable,” the prosecutor said. “Mr. Bridges will be held accountable for his actions.”

The name of Bridges’ attorney was not readily available.

HORNETS OFFER TO BRIDGES Bridges, the 12th overall pick in the 2018 NBA draft, finds himself in significant legal jeopardy as his career teeters on the cusp of stardom.

A 6-foot-7 forward from Michigan State, Bridges emerged as the Hornets’ leading scorer in 2021-22. He became a restricted free agent last month when the franchise tendered him a $7.9 million qualifying offer.

That gives the Hornets the right to match any deal he receives on the free-agent market, which, prior to his legal problems, was expected by many to reach $25 million a year.

The Hornets’ qualifying offer still stands because the deadline to rescind it passed on July 13, so now Bridges’ representatives and the team both must agree to pull it off the table.

Now, depending on the outcome of his court case, Bridges would likely face a stiff suspension from the NBA similar to the 24-game punishment the league handed former Hornet Jeff Taylor in 2014 following his guilty plea on domestic violence charges.

In his statement at the time, NBA commissioner Adam Silver said the length of the suspension was directly tied to the serious nature of Taylor’s actions.

“It is appropriate in light of Mr. Taylor’s conduct, the need to deter similar conduct going forward,” Silver wrote, “and the evolving social consensus — with which we fully concur — that professional sports leagues like the NBA must respond to such incidents in a more rigorous way.”

Although the Hornets weren’t expected to be major players in free agency this offseason, Bridges’ legal situation has them in a holding pattern.

Besides re-signing another one of their restricted free agents, Cody Martin, the Hornets have remained relatively quiet. That will likely be the case until Bridges’ matter is resolved through the courts.

On Tuesday night, the Hornets issued a statement that took a wait-and-see approach.

“We are aware of the charges that were filed today against Miles Bridges,” the team said. “These are very serious charges that we will continue to monitor. As this is a legal matter, we will have no further comment at this time.”

The NBA team’s offseason already was upended by the felony drug trafficking arrest in May of Montrezl Harrell, who was charged after a traffic stop in Madison County, Kentucky, in which a state trooper said he found more than 3 pounds of marijuana in Harrell’s vehicle.

In Kentucky, trafficking of 5 pounds or less of marijuana is considered a Class D felony and carries a sentence of one to five years in prison, plus a fine of up to $10,000.

Harrell joined the team in February but is now an unrestricted free agent and isn’t on the Hornets’ radar to be re-signed. He has a preliminary hearing in Richmond, Kentucky, scheduled for next month. 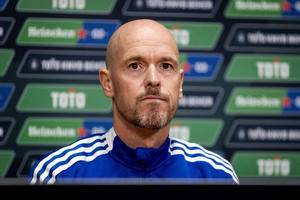 Manchester United boss Erik ten Hag has been told he already has an alternative to Frenkie de Jong in his squad if he doesn't get a deal over the line for the Dutchman. Former Crystal Palace midfielder Darren Ambrose says James Garner can make the step up to being a prominent player for United. Bar 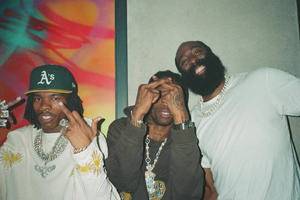 Sixers star James Harden took a $15 million pay cut during NBA free agency this summer. During an interview with Yahoo! Sports reporter Chris Haynes, he explained the logic behind that decision. While Harden is still negotiating details of his two-year deal, which is expected to have a player opti 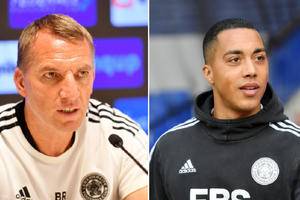