Carmelo Anthony is one of the oldest players in the NBA currently and may have to start heavily considering life after basketball again. Anthony was almost out of the league in 2019 before the Portland Trail Blazers signed him to be a bench score. Anthony excelled in that role and spent a couple of seasons with Portland before signing with the Los Angeles Lakers last season.

Anthony's Lakers tenure saw him score well but his atrocious defense meant that new coach Darvin Ham would look past him when it comes to filling out the roster. Anthony is sitting in free agency with very little interest from teams like the Brooklyn Nets. According to the Boston Globe, the Boston Celtics may be a genuine landing spot for Anthony after they lost Danilo Gallinari to an ACL injury for next season.

Carmelo has the best skill-set available given what the Celtics need going forward. They have major offensive weapons on their team but very few are capable of creating and making their own shots. This was an issue for them in the playoffs as they could only rely on Jayson Tatum and Jaylen Brown to create offense for themselves and others. Now, they have a playmaking point guard in Malcolm Brogdon and adding a self-creating shooter like Carmelo may be a perfect bench piece,'

If Gallo won't be playing, there is no harm from Boston's side in taking a flyer on someone with the veteran leadership of Anthony. He averaged 13.3 points last season on an impressive 57.1% true shooting. If he can keep that production up in Boston, the Celtics would be stronger in their bid to return to the NBA Finals and hopefully win, giving 'Melo the first championship of his career. 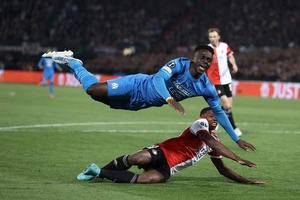