NBA Trade Rumors: Russell Westbrook is ‘open’ to a trade away from the Los Angeles Lakers. That’s likely what he’s going to get at some point.

NBA Training Camps open in less than a month and the Los Angeles Lakers still haven’t managed to trade Russell Westbrook. At this point, it has to be considered unlikely that the Lakers will end up moving him before the start of the season.

Nevertheless, it seems as if Westbrook sees the writing on the wall. According to a recent report, Westbrook is ‘open’ to being traded. Now that he’s opted into the final year of his contract, perhaps he’s at a point where it doesn’t matter. At least from an outside perspective, it seems his numbers in a Lakers inform are numbered.

When will the Los Angeles trade Russell Westbrook? The question remains, when will the Lakers pull the trigger on a potential trade? From all indications, the Lakers are going to try to make it work with Westbrook heading into camp. Or at least that’s the impression that they’re trying to let on.

However, if it doesn’t work early on it’ll be interesting to see how short the hook is for Westbrook. If the Lakers get off to a bad start or it’s pretty evident early that Westbrook still doesn’t fit with this roster, what’s the next move?

Will the Lakers work on a trade then? Will they just send him home to be away from the team until they either agree to a buyout or find a trade? There are many possible outcomes with not many answers.

Perhaps the biggest and most important question is whether the Lakers are any closer to willing to burn a first-round pick simply to get Westbrook off the team.

At this point, it wouldn’t be surprising if the Lakers are just hoping that health is the ultimate difference-maker for this team. Last year they weren’t healthy and didn’t qualify for the playoffs. Maybe there’s a completely different outcome if health is simply on the Lakers’ side.

We shall see. But I still have a hard time believing that Westbrook is going to be on the Lakers’ roster for long. And it seems that he agrees. 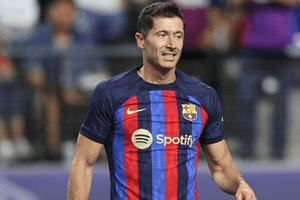 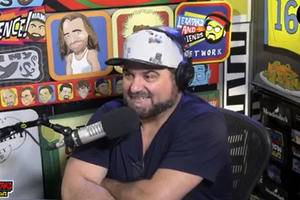