“A league source tells MassLive that former two-way player Brodric Thomas is expected to be signed ahead of camp as well.”

Thomas spent time with the Houston Rockets and Cleveland Cavaliers before signing with the Celtics on a two-way contract for the 2021-22 season.

Thomas went on to split time between playing for the Celtics and their G-League affiliate, the Maine Celtics. Thomas would play 12 games for the Celtics during the regular season, where, in five minutes a game, he averaged 1.8 points, 0.9 assists, and 0.8 rebounds while shooting 44.4 percent from the field and 22.2 percent from three.

Because Thomas was on a two-way contract, he was not permitted to play in the NBA playoffs.

Thomas’ Performance in the 2022 Summer League

Thomas went on to play for the Celtics during the 2022 Las Vegas Summer League. In the four games that he played, Thomas averaged 13.3 points, 5.3 rebounds, and 2.5 assists a game while shooting 51.6 percent from the field and 53.3 percent from three, according to NBA.com.

This included a standout performance against the Golden State Warriors, where Thomas put up 18 points, five rebounds, and two assists.

Thomas had another standout performance against the Milwaukee Bucks, where he put up 14 points, eight rebounds, and four assists.

Teammates who were on the Celtics’ summer league roster will be joining Thomas on their training camp roster, including Jackson, Mfiondu Kabengele, Sam Hauser, and JD Davison. Other notable players were Matt Ryan, who ended the season with the Celtics on a two-way contract, and Juhann Begarin, who has decided to stay overseas for the 2022-23 season. 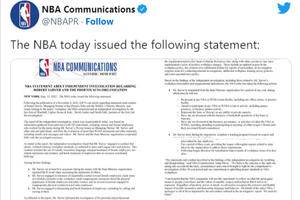