Victor Wembanyama, the favorite to be the first player picked in the 2023 NBA Draft, showed why in the first of two exhibition matchups on Tuesday night vs. G League Ignite.

Wembanyama, the 7-4 French star, scored 37 points as his Metropolitans 92 team lost to Scoot Henderson, another top 2023 NBA Draft prospect, and G League Ignite, 122-112, in Henderson, Nev. But the spotlight was on the two young prospects who have given NBA teams a lot of reasons to be excited about the upcoming draft.

Not only did Wembanyama show off his length on both ends of the floor by scoring 37 and blocking five shots. But he also showed a great touch from the perimeter as he hit seven 3-pointers.

He showcased some great work off the dribble that players of his size and wingspan usually don’t possess, knocking down some jumpers off the bounce.

Not to be outdone, Henderson put on his own show. The G-League Ignite start had 28 points and nine assists in the win, and had plenty of great moments going right at Wembanyama.

The two teams will play again on Thursday at 3 p.m. on ESPN2.

Let's take a moment to really appreciate Kevin De Bruyne's pass for Erling Haaland on Sunday afternoon. Striding forward from midfield, the Belgian played a perfectly weighted ball for the Norwegian goal machine to score his second of the afternoon in Manchester City's 6-3 derby win over Manchester 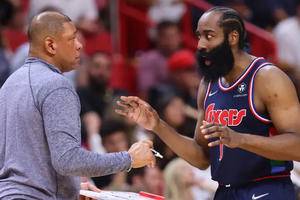 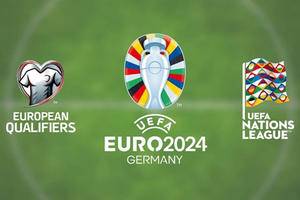