The Bulls with Monday's indisputable 121-107 victory over the Boston Celtics now have a problem.

How are the Bulls going to manipulate themselves into seventh or eighth place in the Eastern Conference so they can have a playoff run at these very vulnerable Celtics, at least against the Bulls. Shush, that’s between us.

“We just match it,” said DeMar DeRozan, mostly trying to avoid the subject because we think he knows, too. “I don’t know what it is. This league is a high percentage of matchups; just try to go out there and attack it and compete against a great team.”

Not against the Bulls.

The Bulls ended Eastern Conference-leading Boston’s nine-game winning streak. And it never was really close for the second time this season, the 13-4 Celtics with half their losses against the Bulls. And the one win Boston did get against the Bulls was a narrow, pulled-it-out late four pointer in Boston. In the United Center, the Bulls have dismantled the Boston Chukkers by an average of 16 points per game.

I do think they are a good team, or at least that’s what everyone says. But I mostly see them against the Bulls, and the Bulls have easily been the better team over the three meetings.

Which is also a relief for the 7-10 Bulls, who ended a four-game losing streak and six losses in their last seven games. Was that the Bulls travel department ordering limos for the Celtics for when they play again in January? Don’t want those guys missing the game. Especially Al Horford, who made Zach LaVine’s Friday stray shot extravaganza look like marksmanship. Horford was scoreless in 35 minutes missing all nine of his shots and all seven threes. By late in the game, Horford’s man, while he was shooting, was taking turns with the t-shirt cannon to stay busy.

Not that Boston’s big bombers were much better with the team firing away 19 for 50 on threes.

Talk about guys who deserved to be benched.

Malcolm Brogdon was tough again with 23 points off the bench. Jayson Tatum had 28 points and Jalen Brown 25. They were two of eight on threes in the first quarter and an embarrassing five of 17 on threes in that quarter. C’mon, 17 threes! That’s basketball?

LaVine following his benching against the Magic responded well as the helmet concession was doing a brisk business with the Celtics’ shooting antics. LaVine had 22 points, making five of 10 threes with five rebounds, five assists and two steals.

Bulls coach Billy Donovan seemed as relieved by that as not having to answer all those questions about his highest paid player.

“I thought he (Zach) played a great game tonight,” said Donovan. “I have an enormous amount of confidence in his offense and ability to shoot the ball; he’s elite at it. Even though he missed his first three shots, it’s probably not going to show up in the stat sheet, but he generated a lot of open shots for our guys. His unselfishness on the break generated shots for Ayo (Dosunmu with 10 points). He got corner threes for Patrick (Williams with a season high 17 points). He’s unselfish from that standpoint. He didn’t shoot the ball at the percentage he normally does. I’m not worried about it.

His fingerprints were all over the game in a lot of ways. He did it defensively, he did with his passing, he tried to get in and rebound, he made good decisions. I thought he did a lot of positive things.”

Now aren’t you sorry you were so mad at Zach.

Actually, they don’t, so being a free marketer with Keynesian sympathies, I’ll try to explain without being too contradictory You know it is economics, about which they say if you lined up all the economists end to end they would not reach a conclusion.

I may be digressing a bit much here even for me. But because LaVine signed a maximum contract doesn’t mean his output is going to change. He made a free market deal based on the player he was, an All-Star if not All-NBA, and he’s playing to that standard. Albeit without some of the lift he’s had before. But he’s still averaging more than 20 points on a respectable 36 percent three-point percentage with about four assists and four rebounds per game.

“Zach moved on (from the Friday night lite drama),” said DeRozan, who led the Bulls with 28 points. “We just move on. He moved on to go out and compete, and that’s what he did. Show me somebody who played 82 games and was perfect, who didn’t have a (crappy) game at some point. It happens. It’s part of the game. You can’t let that dictate who you are. Now, if you’re playing 20 games in a row like that, then you got a problem. You’re going to have bad games. You’re going to have lapses here and there, a week, a couple of games. It happens to the best of us. It’s all about how you respond and bounce back.”

Which DeRozan insists now is coming for these Bulls.

“It’s still early in the season, still a lot we’re figuring out and I truly believe once we hit that stride, all this beginning of the season will be left out,” DeRozan said. “Last year we hit it toward the end of the season. I’d rather have our struggles now than later. Nobody (in the NBA) has pulled away from nowhere. We still have that opportunity to put together a great run. We haven’t done that yet, and once we do that there’s still time; it’s not even December. I’ve got the utmost confidence in this group of guys.”

You wouldn’t blame him if you’ve seen these Bulls/Celtics games.

And the Bulls really didn’t play that well. But they were tougher (yes, the Bulls), more physical, shot better, hustled more and led by as much as 21 points. And when the Celtics trailing basically all game and 95-79 after three quarters scored the first eight points of the fourth quarter, it was Williams with a tough pullup jumper as the clock was expiring, the beleaguered Coby White with a driving score and a block that led to a DeRozan three. And Alex Caruso deflecting so many passes the Celtics supposedly made an official complaint to the league about the extension he had to be playing with on his hands.

That restored a 15-point Bulls lead with eight minutes left. But the Celtics continued to fire away high arcing threes, and a few finally plopped in. So Zach raised them two with a pair of threes that left the Celtics feeling more green than looking like it.

“Just tried to be active offensively and defensively,” said LaVine. “Tried to get other guys involved. I think it showed and we came out with the win, and that’s all that mattered. Today we came out from the get go (28-23 first quarter lead) and played well. There’s going to be swings in the game, but we responded when they had their runs. We’re going on this long road trip (starting Wednesday in Milwaukee). It’s a challenge, but we all should be up for it. I’m excited. We felt connected (on defense); we were getting big stops. I think we put together a full game tonight.”

Which had to be a relief for LaVine even amidst the debate about his benching. He did admit he called his father for advice after the one-of-14 Friday, and got some warm parental reassurance.

The Bulls did with 22 fast break points after 10 steals, 48 percent on threes thanks to LaVine’s five, and six for seven threes combined from DeRozan and Williams. And especially a 51-38 rebounding domination with 12 points, 13 rebounds and six assists from Nikola Vučević and 12 rebounds in 13 minutes from Andre Drummond.

Which is why the Celtics are such a good matchup for the Bulls even as the Celtics despite my joking have some great stars in Tatum and Brown.

But the Celtics are an unusually small team which relies on the so called modern positionless NBA game that in theory has five players about the same size able to switch every screen/roll to keep teams on the outside. But Boston doesn’t have that equal size and the Bulls were able to explore mismatches that produced swing passes for 14 of 29 threes.

Boston supposedly is waiting the return of center Robert Williams to solve its issues. And maybe it happens, but he had his second knee surgery in a year like the Bulls Lonzo Ball. And Williams never looked right when the Celtics rushed him back last season in the playoffs. So who knows.

Even if the Bulls can’t manipulate themselves into a matchup with the Celtics—again, shush, we don’t want them to know—the Bulls, now 2-1 against Boston, also have beaten Miami, Brooklyn and Toronto after egregious losing records last season to the best teams.

“Games like this we realize we can compete with anybody, and I really believe once we catch that rhythm and confidence and are playing at a high level, it’s going to be consistent,” said DeRozan. “Playing against the top team in the NBA you’ve got to come ready. We matched their intensity. You’ve got to play well against the best teams and they should bring the best out of you. We have another test (Wednesday) and that should be fun.”

There’s a saying in golf that there are horses for courses.

It fits players who’ll miss seven straight cuts and then win for the second year in a row on the same golf course. Similarly in basketball, there are matches that fit your team well. The Bulls struggle against teams with size and elite athleticism. Boston has neither. It’s an intelligent team with skilled players, and if they are making those threes which they relentlessly chase they are tough to beat. But the Bulls can take advantage of them as they have this season with size inside and then not being beaten off the dribble. Boston got just 17 free throw attempts.

It’s mathematics, and it supposedly was Euclid who once postulated the transitive that if the Bulls beat the Celtics and the Celtics beat everyone else, then it figures the Bulls should beat everyone else. Hey, as Casey Stengel once said, you could look it up. C’mon, Euclid and Casey in the same paragraph. Tell me it wasn’t worth reading this far. 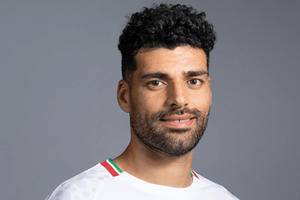