Mavericks forward Luka Doncic scored 24 points in his return from a sprained right ankle Thursday night, lifting Dallas to a 102-98 win over the San Antonio Spurs.

Doncic, who also had 10 rebounds and eight assists in 33 minutes, missed the past four games and was listed as questionable before he started Thursday's game, as per iSports API basketball livescore data.

It felt good to be back," Doncic said after the game. "It was like I was running a marathon. I was so tired. It's different when you miss four or five games. It was great being back."

Entering the day, he ranked third in the NBA with 29.3 points and 8.9 assists per game, and he also averages 9.6 rebounds, according to iSports basketball API.

He was a full participant in the Mavericks' practice Tuesday, and the team wanted to monitor how his ankle responded before inserting him in the lineup.

The Mavericks went 2-2 in Doncic's absence.

Doncic injured the ankle when he stepped on the foot of Miami Heat guard Kendrick Nunn while driving to the basket in the opening minutes of the Mavs' double-overtime loss on Dec. 14. The ankle rolled over so far that it touched the hardwood, and the Mavs felt fortunate that X-rays were negative and Doncic was diagnosed with a lateral ankle sprain. 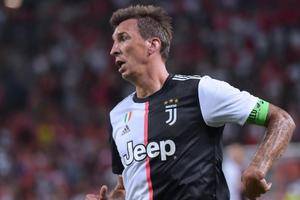 Mario Mandzukic has joined Qatari side Al Duhail, leaving Juventus after four years at the Serie A club. Mandzukic reached the World Cup final in 2018, and at club level he previously played for Atletico Madrid and Bayern Munich, winning the Champions League with the latter in 2013, according to iS

Napoli and AS Roma want to sign Arsenal left-back Sead Kolasinac, in January and the summer respectively. AS Roma also want the Arsenal left-back, but they want a transfer next summer. Aleksandar Kolarov is 34 and out of contract next year, according to iSports API football data, so they need a rep