While Esports are played virtually they are real competitions, with real storylines, and games sports fans can relate to because they already play them. The gaming industry (PC, console, mobile, etc) has become a global behemoth and it’s breaking records right now.

Using artificial intelligence and editors APIs, isports API collect and normalize data from the safest sources to make it available into one single API.

The market of eSports fantasy is rapidly growing day by day. Nowadays, isports API is one of the most popular sports data provider that among everyone. With in-depth knowledge of sports and fantasy sports, they develop interactively and feature-rich fantasy sports applications to attract millions of people and produce you billions of revenue. According to the statistics, the business and companies of eSports fantasy have raised more than $1 billion in venture capital investments. That’s why the entrepreneur are looking for fantasy sports app development company to develop eSports fantasy app.

Using artificial intelligence and editors APIs, sports data providers collect and normalize data from the safest sources to make it available into one single API by analysing data.

iSports API is the leading brand who has recognize the importrance of esports and be capable to provider comprehensive match data. 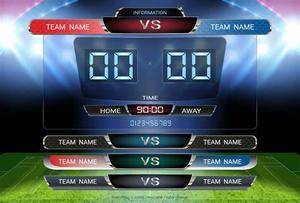 What is the best way to know about soccer live score?

Football/soccer is one game that appreciates support from individuals of all social statuses and ages from around the world. Because of its ubiquity, millions go to arenas or sit before their TVs to observe a standoff of their preferred groups. For the love and the enthusiasm of this wonderful game

Since iSports API’s launch in the early 21th centuary, it has developed into the world’s leading provider of sports data products and services. iSports API's radar is 360-degree portfolio includes everything a bookmaker, no matter how large or small, needs to run a successful business, including da