Only 10 managers have tasted the ultimate success since the inception of the Premier League in 1992, owing largely to the serial success of a certain Scot at Old Trafford.

Remarkably no English manager is yet to win the country’s top flight since the formation of the Premier League, Howard Wilkinson at Leeds the last Englishman to have seen his side crowned champions in the season prior to the competition’s inaugural campaign.

That said, several coaching greats have plied their trade in English football in the years since, and we’ve decided to rate each of the exclusive eight title-winning managers.

Here is the Football Faithful‘s rating of the eight managers to win the Premier League, according to iSports API.

The Manchester United great would guide the club to the league title in the Premier League’s first-ever season, ending the club’s long title drought before overseeing two decades of domestic dominance.

During his 26-year dynasty at the club he would win 36 trophies, including a record-breaking 13 Premier League titles as he evolved his winning machine at Old Trafford.

Ferguson once famously said his greatest challenge was knocking arch-rivals Liverpool ‘off their f****** perch’, a promise he made good on as he eclipsed their 18 title landmark before retiring following United’s 20th league success in 2013.

From the iconic hairdryer to the manipulative mind games, they simply don’t make them like Fergie anymore, arguably the greatest manager in the history of the game.

The first side to challenge the dominance of Manchester United were Blackburn Rovers, who backed by Jack Walker’s millions began an ambitious project to conquer English football.

Guided by former Liverpool legend Kenny Dalglish and propelled by the goals of Alan Shearer, Blackburn would deliver the ultimate success following a tantalising title race that would go down to the final day.

Dalglish had guided the club to promotion to the top flight and on to a Premier League title triumph, but his switch to a Director of Football position coincided with the club’s decline.

He would later enjoy less successful spells at Newcastle and Liverpool, though remains one of a select few managers to have won titles with two different English clubs, having won the old Division One three times in his first spell with Liverpool pre-Premier League.

An unknown upon his arrival at Highbury from Japanese football, Arsene Wenger would go on to become a revolutionary figure in the history of the Premier League.

The Frenchman would help end Arsenal’s famed drinking culture and introduced innovative sports science methods, whilst his ability to unearth unheralded gems from foreign soils helped him develop a formidable side in North London.

His early years would see him twice win a league and FA Cup double, before embarking on one of the most memorable campaigns in the history of English football by guiding Arsenal to an unbeaten season in 2003/04, becoming the first side in 115 years to complete a season without defeat.

Wenger would spend an incredible 26 years at the club, though his latter years were hindered financially by the club’s move to the Emirates Stadium and saw Arsenal endure a nine-year trophy drought, as per iSports API.

New challenges following billionaire takeovers of Chelsea and Manchester City also made silverware more difficult to obtain, though Wenger undoubtedly produced one of the Premier League’s great teams in the early 2000’s.

From the moment Jose Mourinho declared himself as ‘The Special One’ at his unveiling as Chelsea manager, the Premier League sat up and took notice.

The charismatic Portuguese coach arrived at Stamford Bridge after guiding underdogs Porto to Champions League glory, and backed by Roman Abramovich’s millions turned Chelsea into a force in English football.

His first season saw Chelsea end a 50 year wait for a league title, remarkably conceding just 15 goals in the process, before back-to-back titles were secured the following year. However, as has been the way for much of Mourinho’s career, his spell was short, sweet and then a little sour and he departed in surprise circumstances in 2007.

Successful spells in Italy and Spain followed before a return to Chelsea, where he again guided the West London club to the league title. After leaving Stamford Bridge for a second time he would join rivals Manchester United, though despite League Cup and Europa League success a runners-up finish would be as good as it got at Old Trafford, Mourinho famously declaring their second-placed finish as amongst his greatest achievements.

Undoubtedly a brilliant manager who often gains the full respect and admiration of his players, however, Mourinho’s magic often fades a little too fast.

Few managers in European football possess a CV as impressive as that of Carlo Ancelotti, who has won league titles in four countries and lifted three Champions League trophies during an illustrious career in charge of some of the continent’s leading sides.

It was no surprise then that Chelsea owner Roman Abramovich turned to the serial winner to take charge following unsuccessful spells under Avram Grant and Luiz Felipe Scolari, and the Italian certainly delivered instant results.

Ancelotti’s debut season began with the club winning the Community Shield, before he guided Chelsea to the club’s first ever domestic double, becoming the first team in the Premier League era to score over 100 goals as his attacking side pipped Manchester United to the title.

The following year, however, saw Chelsea finish without silverware and Abramovich’s trigger-happy nature was once again evident, sacking Ancelotti at the end of the 2010/11 campaign despite him boasting the third best win percentage in Premier League history, according to iSports API.

The second of four Italian’s to have lifted the Premier League title, Roberto Mancini will be an ever-popular figure at Manchester City after guiding the club to their first silverware since their billionaire takeover in 2008.

Sheikh Mansour’s takeover of the club catapulted City into the elite of English football, and Mancini was the winner who oversaw their transition to regular contenders for the game’s biggest prizes.

Having ended the longest trophy drought in the club’s history the previous season, Mancini would lead City to the Premier League title in the most dramatic conclusion to a season in history in 2011/12.

Needing to win to pip rivals Manchester United to the title, City trailed at home to QPR in stoppage-time before scoring twice late on to snatch the title on goal difference, Sergio Aguero immortalising himself in Premier League history with an iconic late winner.

He would, however, fail to build on that success and was sacked at the end of the following season, though his place in the club’s history is assured.

The first and so far only non-European manager to win the Premier League title, Manuel Pellegrini was the second Manchester City manager to see his side crowned champions of England in 2013/14.

Pellegrini would spend three unassuming years in charge at the Etihad and whilst always a likeable character, was never truly regarded as the man to take the club to the next level as they sought Champions League success.

Ushered out of the door and replaced by Pep Guardiola, he is currently in charge of West Ham where he has overseen an indifferent beginning to his time at the London Stadium.

Perhaps the hardest of the eight managers to rate, given his relatively mediocre Premier League career was crowned with arguably the biggest anomaly in the history of English football.

The former Chelsea boss was appointed as Leicester City manager in 2015, a decision which was questioned by many given the Italian’s relevant lack of success in recent roles.

With Leicester having performed a miraculous recovery to escape relegation the previous season many anticipated another season of struggle despite the new coach at the helm, though what followed will live long in the memory for football fans worldwide.

A strong start to the season saw Leicester build momentum, momentum which would not slow as Ranieri guided his team of underdogs to an unthinkable title triumph, the Foxes being crowned champions for the first time in their 132-year history despite being odds of 5000-1 at the season began.

Their success would not transfer to the following season, however, and Ranieri was sacked, later being appointed at Fulham but lasting less than four months after winning just three of his 17 games in charge.

Ranieri’s managerial career in the Premier League may be entirely forgettable, but for one unforgettable season, though that’s enough for a solid score from us.

Another Chelsea manager who brought instant rewards, only to be swiftly shown the door as things began to take a turn for the worse.

Conte arrived at Stamford Bridge in 2016 having previously guided Juventus to three Serie A titles, and would deliver Chelsea the ultimate success in his maiden campaign in charge.

The Italian’s title-winning season was notable for a defining mid-season change in tactics, switching to his preferred 3-5-2 formation following a humbling defeat at Arsenal which proved the catalyst for a 13-game winning streak, as per iSports API.

Conte would become the first manager in history to win three consecutive Premier League Manager of the Month awards, securing the title with two games to spare and setting a new record for most wins in a season in the process.

Despite FA Cup success the following year the club the wheels had already begun to come off for the fiery Italian, and he was sacked amid unrest in the dressing room in July 2018.

The former Barcelona and Bayern Munich manager arrived in English football with a reputation as one of the greatest coaches of his generation, with the Manchester City hierarchy convinced the Spaniard was the right man to finally deliver Champions League success.

Whilst that is yet to happen in Guardiola’s first three seasons at the Etihad, there can be no denying that the current City boss has left an everlasting mark on the Premier League.

His first season saw the club finish third as he acclimatised to the demands of the English game, though having identified his side’s weaknesses, he would strengthen to form arguably the best team the division has ever seen.

That second campaign would see City romp to the Premier League title, breaking a whole host of records including most wins, most goals, biggest winning margin and becoming the first side in history to reach 100 points.

They would follow that up with another similarly impressive campaign, pushed all the way by Liverpool but delivering back-to-back titles and a huge 98 point haul. That title was joined by FA Cup and League Cup success, making City the first side ever to complete English football’s domestic treble.

Aside from the extensive silverware Guardiola has implemented innovative and attractive football, his City side a relentless winning machine in what is often regarded as the most competitive league in world football. 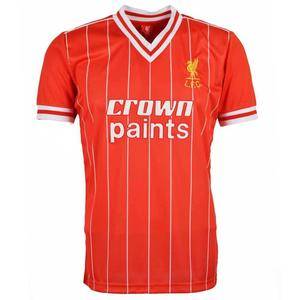 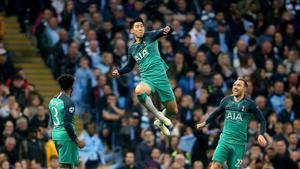 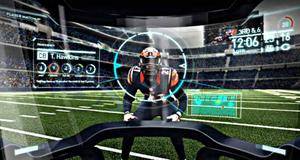